Carrying the Ice Climbers into Smash Bros. battles
Attacking anyone who comes near them

The Condor is the main antagonist in Ice Climber. They're an orange and white condor that steals vegetables from the Ice Climbers, Nana and Popo.

Ever since the Ice Climbers were introduced to the Super Smash Bros. series, they Condor has made some sort of appearance, varying through the different games.

In Super Smash Bros. Melee, they appear in the Target Test stage. Their role is to hold the tenth and final target at the top of the stage. Although this character makes an appearance, they don't get their own trophy, but they are mentioned in the Ice Climber's Classic Mode description.

In Super Smash Bros. Ultimate, the Condor has a bigger role than it had in any other Super Smash Bros. game. It's role in Super Smash Bros. Brawl not only returns with them, but in the Ice Climber's Final Smash, the Condor flies around the giant iceberg the duo summons, them also being allowed to grab on to it while it also attacks other players. The Ice Climbers that summoned him have the option of grabbing onto him, but any other players that try to touch them will be attacked. Furthermore, the Condor appears as a Advanced-rank Support-type spirit, giving the user resistance against strong winds if used. In its spirit battle, the player must fight a Ridley and a Ice Climbers on the Battlefield form of Summit. This fight is not only a stamina match, but said match is also timed and home to a frozen floor.

It appears to be a bird with orange fir at the top of its body and white fir at the bottom. It also have yellow eyes and talons. Its appearance resembles a pterodactyl rather than a condor.

As for personality, this character just seems to be a mostly standard animal, with them being are unable to speak or display any sort of emotion beyond stealing things from others. The Condor is less of a fighter and more of a coward, flying away from trouble rather than confronting it.

Condor flying up the stage with a vegetable. 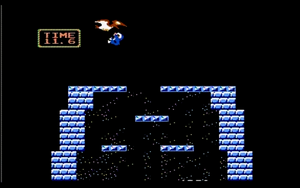 The Condor being caught at top of the level. 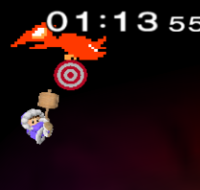 The Condor with a target in Super Smash Bros. Melee. 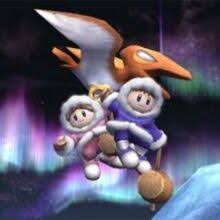 The Condor carrying in the Ice Climbers to the Summit stage in Super Smash Bros. Brawl. 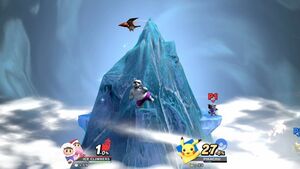 The Condor flying around the Ice Climbers' iceberg in their Final Smash in Super Smash Bros. Ultimate. 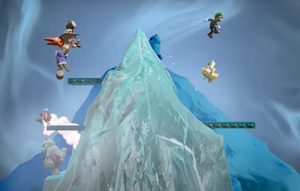