Villains Wiki
Register
Don't have an account?
Sign In
Advertisement
in: Articles under construction, Article stubs, Mature,
and 26 more

Sell information to the NVA and VC.

Murder thousands of American soldiers with a warhead.
Kill John Donovan and Lincoln Clay (both failed).

Connor Aldridge is the main antagonist in the Mafia III DLC Stones Unturned.

Connor was an C.I.A. agent, and friend of John Donovan, until he sold information about his country to the North Vietnamese government.

He was voiced by Andy Davoli.

In June 1954, he and Donovan was working together in cover operation for Guatemalan President - Jacobo Árbenz. Donavon admired Aldridge at one point, believing he was everything America was, but would later learn that he was greedy and selfish as everyone else.

In 1963, Connor was in Vietnam as part of the C.I.A. operations, where he was tasked to infiltrate the North Vietnamese Army in order to cultivate contacts and double agents within their ranks. At some point he turned against his country and began feeding intelligence to them instead. He believes that the government is lying, that the Gulf of Tonkin incident was just a ruse dreamt up by the NSA to draw the United States into the war, and that the U.S. government is the real enemy, responsible for killing thousands of American soldiers. 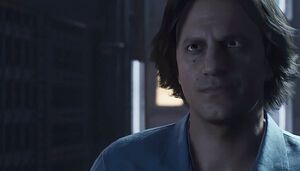 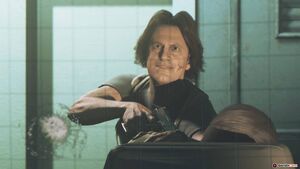 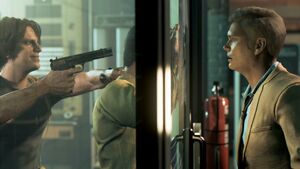 Aldridge moments before killing the asset. 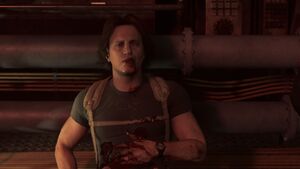 A wounded Aldridge talking to Donavon. 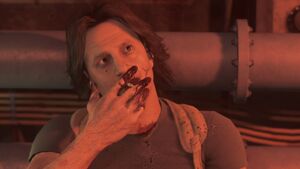 Aldridge smokes one last time, moments before his death.