Owner of Ace, Thud and Crunch (both formerly)

Bossing around his machines.

Frame Bob for sabotaging a dam and gain more glory.

Be number one builder in Spring City (both failed).

Conrad is the main antagonist of the Bob the Builder special Mega Machines: The Movie. He’s a construction foreman who’s jealous of Bob and wants to gain more attention.

He was voiced by Brian Cox in both the UK and the US versions, who also played Admiral Porter in Pixels.

Conrad is introduced as another construction foreman who was contracted to help Bob and his team clear out a quarry to build an artificial lake. He is the owner of the three "mega machines": Ace, Thud and Crunch.

Conrad is portrayed as something of a bully, in that he yells at his machines and insults them when they do something wrong. Thud and Crunch do the same to Muck, until Lofty shows them the error of their ways.

As the plot goes along, it’s revealed that Conrad lost the dam-building contract to Bob and is resentful. Conrad plans on getting revenge on Bob and forces Ace to mix the concrete for the dam wrong. As a result, the dam isn’t strong enough to hold back the water in the artificial lake and bursts. The water flows toward Spring City, but is headed off thanks to Bob's team's actions.

Scoop and Ace then expose Conrad's intentions. As a result, Conrad got fired from being a builder. After Conrad gets fired thus his job for being a builder is destroyed, his Mega Machines join Bob's team.

During the credits, Conrad has to do other jobs as punishment; The zoo, cleaning cars, sweeping in the café and the penguin pool. He later got defeated by tripping over a toy fish and falling into the water where some penguins were causing him to sink into the bottom of the water. 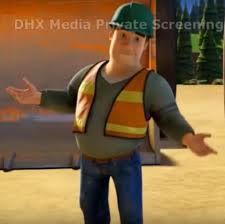 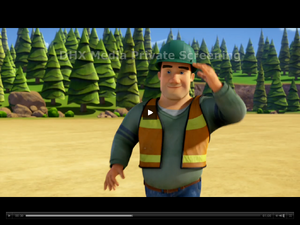 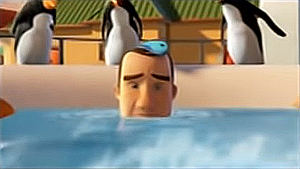