The World's Most Dangerous Frog

Number One
Kermit The Frog (disguise)
Bad Frog (by Animal)

Steal the crown jewels while posing as Kermit.

Defeat the Muppets (both failed).

Constantine, also known as The World's Most Dangerous Frog, is the main antagonist of the 2014 film Muppets Most Wanted, the sequel to the 2011 film The Muppets.

He is the evil doppelgänger of iconic Muppet Kermit the Frog, who is claimed to be the "Number One" criminal of the world. He and his subordinate/pawn, Dominic Badguy, formulated an evil plot to steal the crown jewels. He resembles Kermit the Frog, aside from the fact that a black beauty mark is depicted on his left cheek. He is also the arch-nemesis of Kermit, alongside Walter, Fozzie Bear, and Animal.

He was performed and voiced by Matt Vogel.

According to Gulag prison guard Nadya (in the extended version of the film), Constantine's mother abandoned him as a tadpole and he was taken in by the owner of the largest bomb factory in Germany, which he subsequently blew up.

At the beginning of the film, Constantine was in Siberian Gulag 38B. However, he escapes the prison and blows it up, then makes contact with his second-in-command Dominic Badguy.

Constantine then dismisses the show letting it run into chaos while pretending to love Miss Piggy to cover his tracks, even proposing to her so he had an excuse to get into the Tower of London.

Walter and Fozzie find out the truth and are confronted by Constantine. However, they are saved by Animal (who suspected that he was an impostor from the start), and the three escape to find the real Kermit.

With the ruse up, Constantine finally reveals his true identity and starts his next bomb to blow the Muppets to kingdom come. The bomb happens to be on Miss Piggy's ring, which starts to terrify everyone. Fortunately, Dr. Bunsen Honeydew's bomb magnet suit manages to pull the bomb with help from Beaker (who is wearing the suit to prevent himself from being killed) and get it to safety.

Despite his failure to blow up the Muppets, Constantine attempts to make a clean escape by taking Miss Piggy hostage. Sick of Constantine's mistreatment, however, Dominic tries to double-cross Constantine, revealing that he is in fact The Lemur, the world's second-greatest thief, and planning to make a clean getaway in a helicopter with the stolen jewels to become the new Number One Criminal. Constantine, having anticipated that he would be betrayed, simply ejects Dominic from the helicopter and boards it, tying up Miss Piggy in the process. Kermit, however, manages to grab hold of the helicopter and tries to save Piggy, while the other Muppets mange to stop Constantine from escaping by forming a long chain from themselves and holding onto the helicopter. As Kermit finally gets up to the cockpit, Constantine holds him at gunpoint, proudly declaring himself the world's most dangerous frog. However, Piggy breaks free and angrily declares that meant he was still a frog, grabbing his feet and smashing him against the cockpit several times. Taking off the same fake mole Constantine had given him in their first encounter, Kermit furiously slaps it onto Constantine's face, knocking him out cold.

In the end, Constantine and Dominic are arrested for their crimes, and are placed back to the Gulag presumably for the rest of their lives. Despite this, they both appear to reform and willingly take part in the Muppets’ show in the gulag at the end of the film. During the end credits of the movie, a reformed Constantine sings a triumphant reprise of his song "I'll Get You What You Want (Cockatoo In Malibu)".

Constantine is very evil. He is hypocritical when he doesn’t like being touched when he can touch people when he feels like it, when he touched Miss Piggy.

As part of the film's promotion, Constantine recorded a video commentary for the Oscar-winning song from the first film, Man or Muppet. 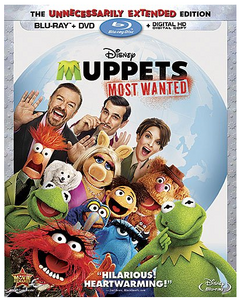 Constantine on the Muppets Most Wanted Blu-ray cover 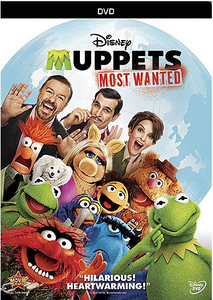 Constantine on the Muppets Most Wanted DVD 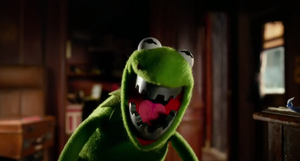 Constantine's violent breakdown after he realizes that Fozzie, Animal, and Walter have caught onto him. 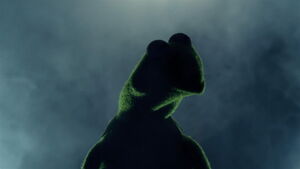 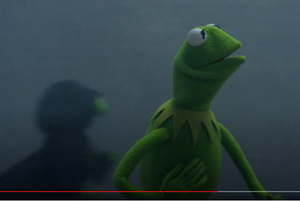 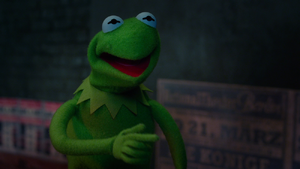 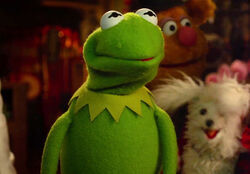 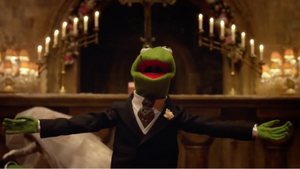 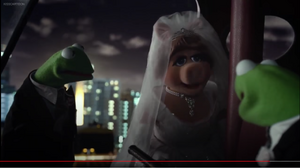 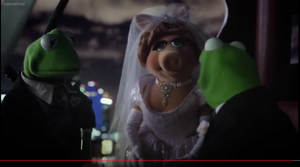 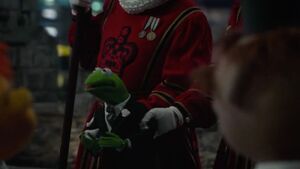 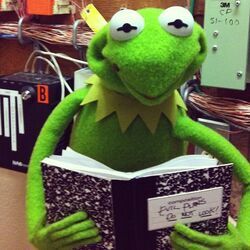 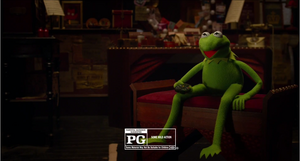 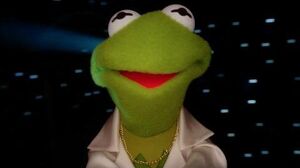 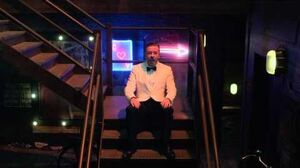 I'm Number One Muppets Most Wanted