NOTE: This article is about the incarnation of the Constructicons from the Transformers live-action film series. The mainstream version can be found here: Constructicons.

The Constructicons are supporting antagonists of the 2009 film Transformers: Revenge of the Fallen. They are a group of Decepticons who transforms into construction vehicles.

The Constructicons unintentionally "appeared" in the first movie. Two Decepticons under the names Devastator, a tank Decepticon & Bonecrusher, a Buffalo MPCV Decepticon were called by Starscream to tell them the location of Megatron. The "Devastator" in the first movie was later named Decepticon Brawl. In the video game version of the movie, Scrapper & Mixmaster appeared as Decepticon drones in the video games. Later, they appeared on actual person in the sequel, Revenge of The Fallen, as one of the supporting Decepticons who joined the war. In the movie version however, they don't use their classical green and purple coloring scheme. Not only that, each members of Constructicon in this version seems have a small number of clones of themselves that merges into Devastator near the pyramid while Constructicon themselves are in battle against both Autobots and protagonists. Their portrayal is more similar to that of the Seacons. 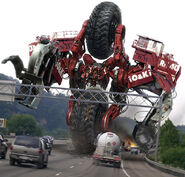 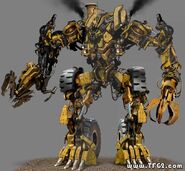 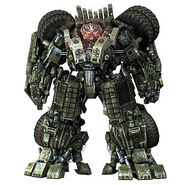 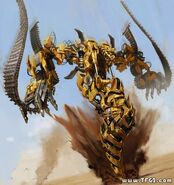 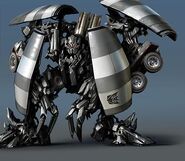 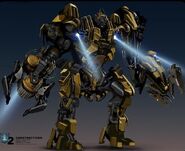 An early working design of Scrapper before being used for Scrapmetal