Matriarch of the spiders

Spending time in the mines.

Feeding on humans.
Building her hive.

Kill and eat all of humanity (failed).

Consuela is the main antagonist of the 2002 horror-comedy film Eight Legged Freaks. She is a female orb weaver spider from Brazil and the matriarch of the spider horde.

Consuela was an orb weaver spider from Brazil that was Joshua's pet, being part of his collection that he showed to Mike. It's assumed that Consuela and the other spiders that Josh collected breathed in toxic waste, changing their physiology.

Consuela became mutated by a spilled barrel of toxic waste, and became a gigantic spider that started to hide in a mineshaft. As a result of eating other animals, she began to grow and eventually killed Joshua with the other spiders. Consuela began to lead an army of giant spiders, as her minions brought her prey to feed within the mines. She spends time in mines for the majority of the film, feeding on humans that her smaller male Orb-weavers capture and present to her.

A motorcyclist named Bret witnessed her feeding at one point, but managed to slip away unnoticed. Later, Consuela eventually confronted Chris and his aunt Gladys when the former rescued the latter. Chris disoriented the spider with Glady's perfume and they both flee on Bret's motorcycle.

Enraged, Consuela chases the two through the mineshaft, where Chris plants a pack of cigarettes there so that the spider and her army can be destroyed. He was aided by Sheriff Sam Parker, who triggered an electrical surge by using his taser, and ignited the methane gas in the mines. Unable to outrun the explosion, Consuela and her spider army were all incinerated by the blast.

Consuela is an enormous orb weaver spider. Her hairy exoskeleton's color scheme consists mainly of blacks and gray, aside from some orange markings around her eyes. 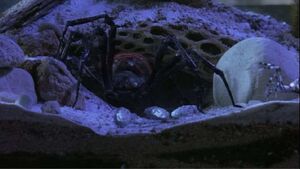 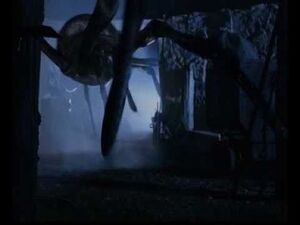 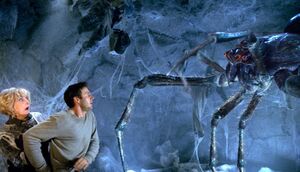 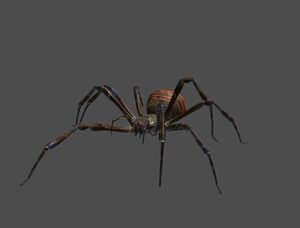 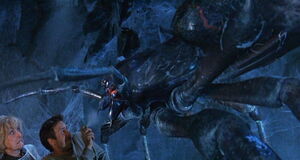 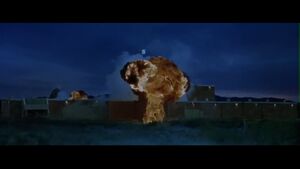