Pulling strings on the sidelines.

The Convict is an antagonist from Newgrounds, that appears in a flash film Pico vs. Convict. In 2007, the Convict was featured on the videogame Newgrounds Rumble.

The Convict appears to be a skeleton creature in human shape that has gray skin, red eyes, sharp teeth, wearing a black suit with a red tie. The Convict has skills to always transform into anyone he chooses to. He always has fresh and balanced attacks.

Pico appears to be sleeping on the school table. He wakes up to see the teacher totally dead, with his neck cut. Pico finds a letter from Nene that says that the Convict killed everyone in the school except her. If Pico rescues her she will give him her pussy. Pico gets out of the classroom, as he saw the Convict in front of him. He quickly transformed into Otis from Pico's Cousin, with a gladiator weapon in his hands. As Otis, the Convict hit Pico with that weapon, making him bleed through his mouth a little bit.

Because the Convict cannot control his transformations, he transformed into a bear. The bear holds Pico by his neck, as Nene appears smiling at the bear, showing him the finger. Once the Convict saw her, he let go of Pico, and transformed into Nene, as Pico escaped. Pico then went to its locker, taking two pistols out of his locker, as he looked into the door's window, seeing two Nenes fighting each other. Pico entered and unknowingly shot the real Nene, as the Convict (still disguised as Nene) stand up and hugging Pico. While hugging, Nene's face transformed into the Convict's.

In Newgrounds Rumble, the Convict is the second most expensive character in the whole videogame, besides Piconjo. The player has to earn 1,250 grounds gold, so he could buy Convict.

First, Convict's goal in elaborating Newgrounds is to collect the forms of trusted figures in Wartown. Luckily, the Convict encountered Tankman.

After defeating Tankman, the Convict decided to take a discrete route through the Junkyard. There he found two robots known as Alloy and P-Bot. If the Convict is sneaky, he might lure the two into the trash compactor and save some time.

3 of 4 Passing the Torch

Eventually, Piconjo heard about the Convict and his battles, defeating his enemies. Piconjo was not interested in sharing the glory of toppling Newgrounds, he wanted to destroy Newgrounds all by himself. He would kill to preserve the role. The two had a battle in Piconjo's Manor.

In the end, three people known as Pico, Nene and S'Asshole get the Convict into a padded cell. Now it is a big question if the three inmates can keep the Convict in the cell, or get killed by the Convict. This is the hardest level in the whole Newgrounds Rumble video game.

HDG is King of the Portal!

Once the Convict killed the three inmates, everyone got surprised because the Convict totally disappeared from the public after the massacre. The Convict even did not take the Newgrounds throne. But he would use his powers to pull strings on the sidelines, making sure everything goes as he wants.

The Convict always has freshest and balanced attacks of every character in the game. However, the Convict cannot control his ability to transform into anyone he wants as well of having no projectile of his own. 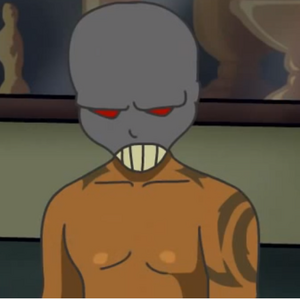 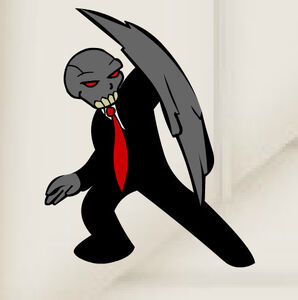 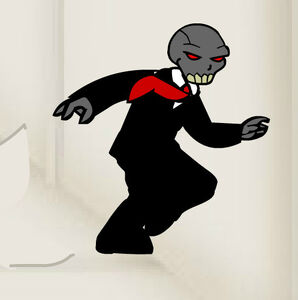 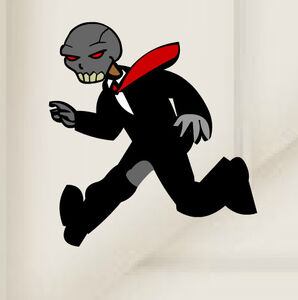 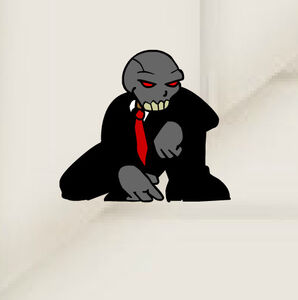 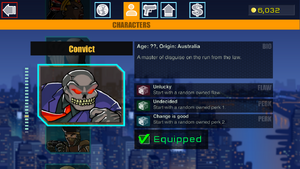 The Convict as he appears in Strike Force Heroes: Extraction. 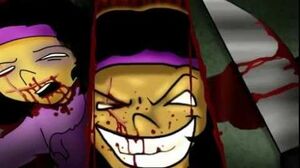 Pico vs Convict. (with original sound) 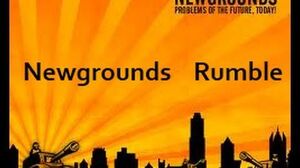