Gloating over the killings of their former husbands

Try and find a way to gain freedom

The Cook County Jail inmates are supporting antagonists in the musical Chicago and all of its adaptations. They are a group of murderesses who all killed each of their husbands or boyfriends while using the excuse of "they had it coming".

The inmates are under the control of the very corrupt Matron "Mama" Morton who will do a lot for them if they give her a decent enough bribe. Their most famous appearance is during the song "The Cell Block Tango" in which they all sing about why the killed their husbands (with the exception of Hunyak who was explaining her innocence in Hungarian).

Ironically enough the only inmate who is punished for their actions is Hunyak despite her truly being innocent making her appear as the scapegoat of the story and a warning to Roxie Hart about her own future fate if she doesn't win the court case.

They all seem to have a decent relationship with each other and none of them see their crimes as wrong. It is unknown what happens to the remainder of them after Velma and Roxie are set free however they just most likely stay in jail.

Known Inmates and their victims 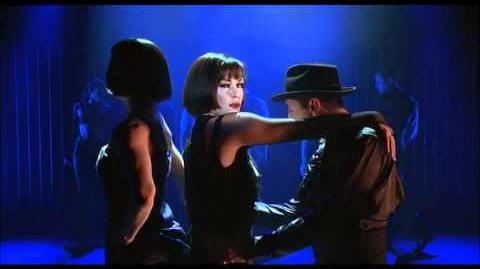