Queen of Hearts
The Miller's Daughter

Collecting the hearts of her victims.

She takes the place of the Miller's Daughter from the tale of Rumplestiltskin and the Queen of Hearts from the Lewis Carroll novel Alice's Adventure's in Wonderland. She is the mother of Regina the Evil Queen and Zelena the Wicked Witch and a prominent enemy of Snow White and her family.

She was portrayed by Barbara Hershey, Jennifer Koenig, and Rose McGowan (who also portrayed Courtney Shayne in the 1999 live action film Jawbreaker, Marique in Conan the Barbarian, and Parallel World Paige Matthews in Charmed).

Cora was a cruel and controlling woman who appears to have forgotten her humble origins, always wanting to achieve royal status at all costs. She learned how to control magic to turn her life around, but all that power went to her head. She loves her daughter very much but would always force her to do the lessons that would lead her to becoming a Queen.

For much of her life, Cora used masks to hide her true self. When Cora was younger, she sneaks into a castle during a masquerade ball to try and win over the affection of Prince Henry. She wore a mask to hide her true self, the poor miller's daughter. It was this disguise that sent her down a path of hiding her identity to further her position in the world. Later, when she's sent through the looking glass to Wonderland, Cora became the Queen of Hearts. As the Queen of Hearts, she always wore a red veil over her face or a gold and red masquerade mask baton. This was another symbolic way to mask who she is so that she can become this strange, mysterious leader who strikes fear in her subjects.

As the Queen of Hearts, she did not like outsiders in Wonderland always asking how and why a person has come to Wonderland. To mask her identity, the Queen of Hearts communicates through whispers by using a horn that the Knave of Hearts would speak for acting as her herald. She had a short temper, easily decapitating an individual if they annoyed her.

She finally took off her mask in season 2 to show her true self to Hook when he's brought to her castle. Cora has been seeking a way to Storybrooke to find her daughter and after the Dark Curse broke, she met Emma and Snow White. Cora later took the form of Lancelot to find the portal to take her to Storybrooke and after her cover was blown, Cora said she killed him a long time ago, but it was revealed that he survived in season 5.

Cora was a powerful and deadly sorceress who many feared, including her own teacher Rumplestiltskin and her daughter Regina, the former of which barely won a duel against Cora. Her original power was spinning straw into gold. Cora used magic via spell books and incantations. When Cora used magic, it gave a pink, violet or purple glow. Her magical abilities included telekinesis, able to lift and throw objects and people, teleportation of herself and others, making objects appear out of thin air via purple smoke, and turning things invisible. Cora can also perform acts of transformation over herself or someone else and created a protective shield that blocked out the Dark Curse in a small portion of the land.

She was also able to easily manipulate the natural elements; fire, earth, air and water, but above all she has shown a greater affinity in manipulating vegetation (both when she prevents Regina from escaping from her marriage and even during her long period as Queen of Hearts).

Her most signature powerful act of magic was ripping out hearts and storing them away. Cora used the hearts of others to control a victim's speech and actions, used a heart to reanimate her victims' dead bodies, and mostly crushing and killing her victims. Having her heart ability led her to become the Queen of Hearts in Wonderland. Cora, as the Queen of Hearts' magic allowed her to cause physiologically impossible situations, such as cutting off someone's head without the occurrence of death (a skill that she also transmitted to her pupil, the Red Queen). 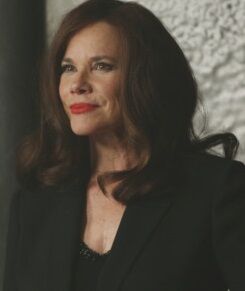 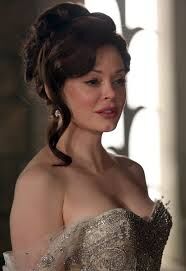 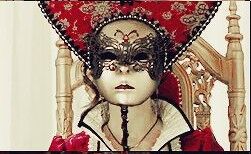 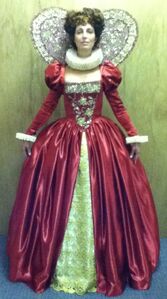 Jennifer Koenig as the Queen of Hearts in Hat Trick.