Monster
The Coral Orphnoch is an antagonist in episode 46 of Kamen Rider 555. He is an Orphnoch with coral characteristics. His human form is a man in a leather jacket.

He was portrayed by Kairi Nakata.

After attacking a man in a red jacket, the Coral Orphnoch encountered Teruo Suzuki. After seeing a mysterious figure appear from his shadow, he got on his motorcycle and rode away from the spot.

After following Teruo for a bit, he reported to Kyoji Murakami and learned that Teruo was probably the Orphnoch King, who was not yet fully awakened and needed to devour the energy of other Orphnochs to be fully awake. He then protests the idea of sacrificing Orphnochs to awaken the King, but Murakami dismisses him.

The Coral Orphnoch thus decides to prevent the resurrection of the Orphnoch King by killing Teruo. He went to attack Teruo but was stopped by Takumi Inui, who transformed into Kamen Rider Faiz, and Shuji Mihara, who transformed into Kamen Rider Delta. With the combined power of the "Lucifer's Hammer" of Delta and the "Grand Impact" of Faiz, the Coral Orphnoch was disintegrated in a coordinated attack from the two Riders.

The stick-shaped decoration on his whole body has the ability to diffuse the impact and even prevent the slashing of Faiz Edge. A gel solution that hardens the opponent is fired from his mouth that extends like three protrusions. He also carries a spear with blades on both ends as a weapon. 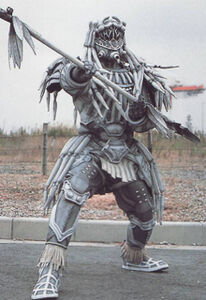 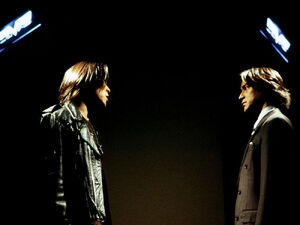 Coral Orphnoch on his motorcycle. 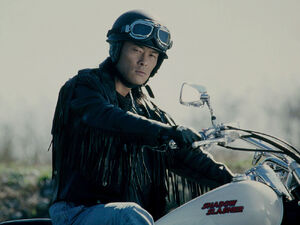 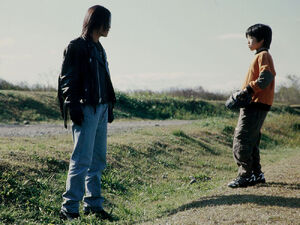 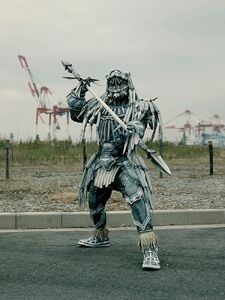 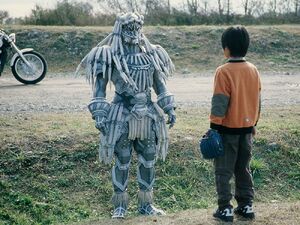 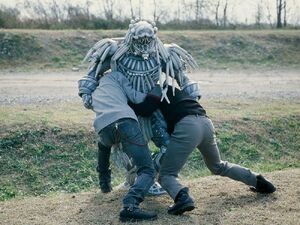 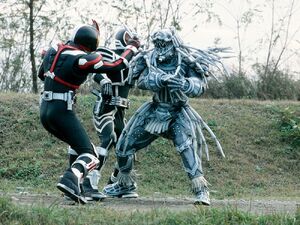