Enhanced strength and agility (while being one with The Suit)

Sergeant Corey Mills is a minor character in Superman: The Animated Series.

He was a sergeant of the Metropolis Police Department's SCU (Special Crimes Unit) and was chosen to wear a power suit (the animated version of The Suit), but later went insane with power.

He was voiced by Xander Berkeley, who also played Agent Gibbs in Air Force One, Waingro in L.A. Takedown, Red John in The Mentalist, and Gregory in The Walking Dead.

Sergeant Corey Mills was once a dedicated police officer of the SCU force and was chosen to use the LexCorp Series Alpha Police Battle Suit presented by Lex Luthor of LexCorp due to his reputation. Mills demonstrated the weapons in the suit like Luthor said and used the suit in action when there was a fire, thanks to Luthor. Mills, along with Superman, saved the people from the burning building and put out the fire.

Corey later used the suit to fight crime, but used brutal methods and became so dependent in the suit that he called off his wife's plans for a honeymoon and shaved his head so he could function the suit better. Mills used the suit for night patrols and came upon carjackers. Mills destroyed the garage and did not care about the carjacker's safety. He endangered the lives of the carjackers on purpose and nearly beat up a carjacker who already surrendered but was stopped by Superman before he could. Before Mills and Superman fought each other, Sawyers arrived and put Mills on medical check and took the suit to containment. Mills became obsessed with the suit and its power. He stole the suit in anger and continued his patrols.

During their fight, Mills used his suit to temporarily blind Superman and used this opportunity to severely beat him. Superman eventually electrocuted him, short-circuiting the suit and leaving Mills hospitalized, due to his nervous system being integrated into the suit.

Corey Mills has no powers of his own—other than enough courage and dedication to make him the most awarded cop of Metropolis. The Suit granted him several abilities:

The Suit was integrated into Mills' own nervous system. 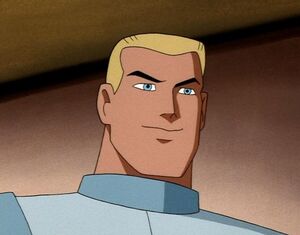 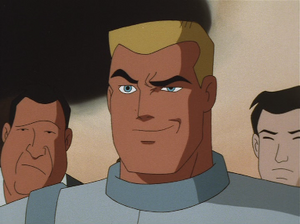 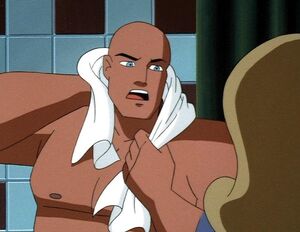 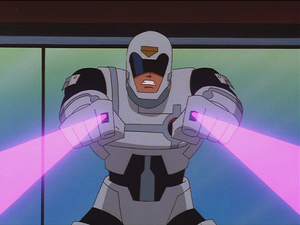 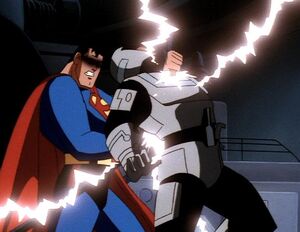 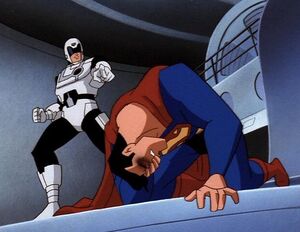 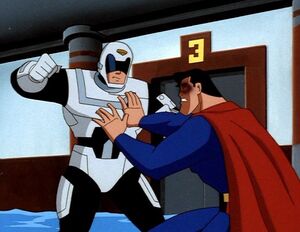