Villains Wiki
Register
Don't have an account?
Sign In
Advertisement
in: Mature, The Godfather Villains, Families,
and 38 more

Knock off their rivals and come out on top.
Become a legitimate enterprise (all succeeded).

The Corleone Family is a major Mafia family featured in the Godfather novel and films. The family consists of about fifty people.

The family's original name was Andolini, and they were originally from the village of Corleone in the Province of Palermo in Sicily, Italy.

In the late nineteenth century, Antonio Andolini married Signora Andolini and they had two sons, Paolo and Vito. Antonio was murdered in 1901 after refusing the pay tribute to the local Mafia head Don Ciccio. His son Paolo swore revenge and was killed by Ciccio's men during his father's funeral. When Signora Andolini tried to convince Ciccio to spare Vito she too was killed.

Vito was put on a boat by family friends in order to keep him from being killed by Ciccio. A few months later he arrived in New York City. Mistaking the name of the town he was from as his last name, an immigration official entered his name as Vito Corleone, the name Vito would keep for the rest of his life.

Growing up, Vito married Carmela and had sons Sonny, Fredo, and Michael. They also had a daughter named Connie Corleone and an adoptive son, Tom Hagen. After killing the local padrone Don Fanucci after he attempted to extort him, Vito steadily rose in power and influence, becoming the Don of the Corleone crime family. He used his legitimate olive oil importation business to cover his illegitimate activities. During Prohibition Vito worked with Hyman Roth, smuggling molasses out of Cuba.

By the 1950s, the Corleone family was one of the Mafia's Five Families of New York, and as such held a seat on the Commission.

Vito was nearly assassinated by Virgil Sollozzo for refusing to support the drug trade. Vito retired in the early 1950s and died in 1955. After his death, his youngest surviving son Michael became the new Don Corleone. Michael moved the family to Las Vegas and began operating hotels and casinos. Despite his attempts to make the family completely legitimate he was initially unsuccessful.

Michael remained the Don of the family until 1980. By then he had sold the family interests in the casinos and other illegitimate interests. By then he had poured his money into a charitable foundation and was trying to finally make the Corleones completely legitimate.

In 1980, Michael decided to retire after his old friend Don Tommasino was assassinated. He handed power over to his nephew Vincent Mancini, telling him to call himself Vincent Corleone going forward. After an assassination attempt against Michael killed Michael's daughter Mary, Michael was completely broken by the loss of his beloved daughter. Michael retired to Bagheria, Sicily, where he died in 1997.

Francis Ford Coppola and Mario Puzo envisioned the Corleone crime family meeting its end in a fourth Godfather film. The storyline would have had the new Don Vincent involving the family in the drug trade that both his uncle and grandfather worked so hard to keep the family out of. The Corleone crime family would meet its end as Vincent died in a shootout with police. Coppola and Puzo were in the early stages of developing this fourth film when Puzo passed away in 1999. The project was abandoned after Puzo died. 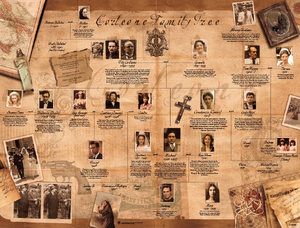 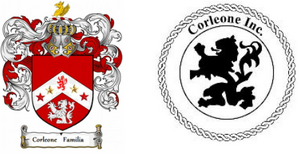 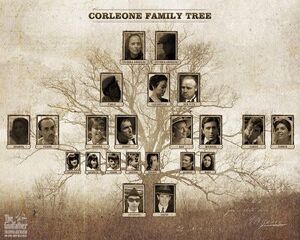 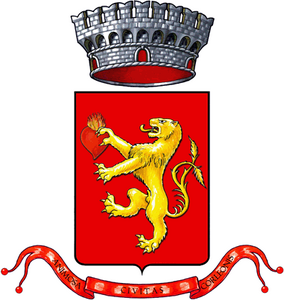 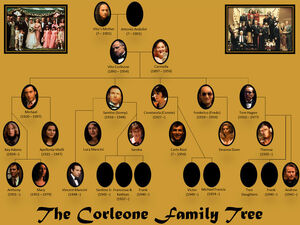 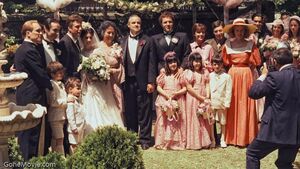 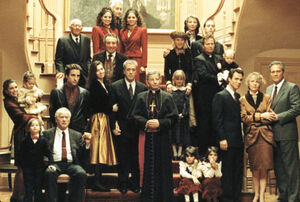 The Corleone Family in 1979