Start a Wiki
Cornelia is an anti-villainess from Umineko no Naku Koro ni who is an aide in the Eiserne Jungfrau, and a third-class priest.

Despite her cold exterior shared by her comrades, she is hot-blooded in nature, but nevertheless has a strong sense of justice (which, of course, doesn't stop her from helping Erika Furudo with schemes that are anything but just). Cornelia is new to the Eiserne Jungfrau and is innocent and unaware of the dark side of her profession. She was chosen for her current mission, specifically by Gertrude, so that she could decide if she was the correct type of person for said mission.

Like Gertrude, Cornelia is also capable of producing barriers. She and Gertrude used these barriers to protect Erika during her wedding, which were only broken when all of The Seven Sisters of Purgatory attacked the barriers at once.

Cornelia wears a cleric-like uniform and appears as a girl with red eyes and bobbed brown hair which is decorated with yellow ribbons. 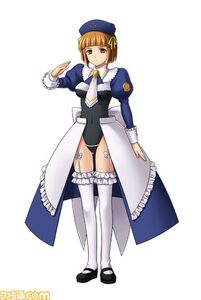 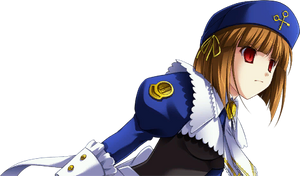 Retrieved from "https://villains.fandom.com/wiki/Cornelia?oldid=3374818"
Community content is available under CC-BY-SA unless otherwise noted.