Mage of the Holy Kingdom of Faerghus

Member of Those Who Slither in the Dark

Take over the Holy Kingdon of Faerghus.

Cornelia Arnim is a major antagonist in Fire Emblem: Three Houses. She is a powerful mage in the service of the royal family of the Holy Kingdom of Faerghus.

Cornelia was once a researcher studying in the Adrestian Empire. Shortly after Hanneman left the Empire and was given a position at Garreg Mach Monastery, Cornelia also left and was hired by King Lambert to go to the Holy Kingdom of Faerghus to put her knowledge to good use. She was given top priority to improving Fhirdiad's infrastructure and was able to end the epidemic that plagued the Kingdom, being praised as a saint.

After she ended the epidemic, one day Cornelia had a sudden shift of personality. Whether this is her true personality and she is from Agartha or she was killed and replaced with an agent of Those Who Slither in the Dark is left ambiguous, but since that day she is only loyal to Those Who Slither in the Dark and cares not for anyone else. Despite people noticing this change, she was still trusted and the king appointed her a high post as a mage in service of the royal family.

When the second Queen Consort Patricia's daughter, Edelgard, was taken away by Those Who Slither in the Dark, the desperate Patricia turned to Cornelia and said she wished to see her daughter again, no matter who or what she had to sacrifice to do so. Cornelia claimed that the one truly keeping Edelgard away from her was King Lambert, and then said she could make Patricia's wish come true at the cost of the king's head, henceforth starting the Tragedy of Duscur.

Cornelia also used a young girl named Hapi in magical experiments related to the girl's mysterious Crest of Timotheos and its abilities. She had befriended her in order to get her trust before completely shattering it. The results of Cornelia's experiments resulted in monsters being drawn to Hapi's position whenever she sighed.

Following a failed attack by the Church to reclaim Garreg Mach Monastery, Edelgard decides to strike Arianrhod, as the city is full of mages, Cornelia included, and has special magical weapons that she does not want to risk having to deal with if ignored. The attack is to be planned in secret, though she hopes that if they take Arianrhod, they will be able to increase pressure on the Kingdom.

Rodrigue informs Cornelia that an attack force has left Garreg Mach and is making its way to Arianrhod. Cornelia is initially surprised by this development, before realizing that she is the main target. She does not explain her reasoning to him however, and has several Titanus prepared in advance to crush the invaders, including the Kingdom soldiers sent to protect her if given the chance. Despite the protection of the Kingdom soldiers and the Titanus, she is mortally wounded in the ensuing battle. However, she simply laughs her death off, simply stating that Edelgard has been acting "accordingly" to their plans.

Displeased that Edelgard has caused the death of one of his subordinates, Volkhard confronts her after the battle and imparts her with a vague threat about avoiding Arianrhod's fate before leaving. Immediately after, Hubert brings news that Arianrhod has been leveled by "javelins of light," which instantly killed a third of the Imperial troops stationed there. The two deduce that this is the trump card of Those Who Slither in the Dark.

If Dimitri was sided with, Cornelia has Grand Duke Rufus, the Kingdom's regent and Dimitri's uncle, assassinated. She ensures Dimitri is condemned to death for the crime, making it appear as though the prince had believed the rumors of Rufus being involved in the Tragedy of Duscur and then murdered him in revenge. With Dimitri out of the way, Cornelia takes control of the Kingdom with the support of the western nobles and then invites the army of the Adrestian Empire into Fhirdiad, effectively surrendering the Kingdom to the Empire. Supported by Imperial troops, Cornelia and her "Faerghus Dukedom" set about quashing the rebellious eastern nobles, such as House Fraldarius, over the next four years. She reveals to Gilbert that she seeks nothing less than the complete destruction of Faerghus.

Dimitri, who escaped his execution, rallies the Kingdom's loyalists in 1185, eventually entering Fhirdiad. The people go into open revolt, though Cornelia does not make any attempt to suppress them, knowing that she needs every available soldier to fight the loyalists. She also deploys several Titanus as a precaution, but despite her efforts, is mortally wounded in the ensuing battle. In her dying breath, she reveals that Dimitri's step-mother, Queen Consort Patricia, was seemingly responsible for the Tragedy of Duscur. She states that Patricia had wanted to see her daughter, Edelgard, again no matter the cost, and that had apparently resulted in the killing of King Lambert and the other Kingdom nobles in the Tragedy. Dimitri is shocked by this revelation, but with Cornelia dead, he has no way of determining if she was telling the truth about his step-mother's involvement and turns his focus to fighting the Empire.

Cornelia herself is a rather well-endowed woman with a nice bust and a pink shoulder length hair and a rather seductive eyes with light green irises. Her attire mirrors those of the nobles of Holy Roman Empire or at the very least, an eccentric radio personality who presented the Eurovision or a wicked witch of the forest.

She wears a golden crown-like headband with light green gems, a maroon red collar with little hexagonal gems tied together like a circle and a key like necklace attached to said collar, a dark red strapless form fitting dress with a maroon red lace-trimming, a combination of maroon red and orange feather boa as her dress shows a ridiculous deep cleavage.

In addition, she also wears a golden triangular like belt with 4 hearts hanging to said belt and to top off her very beautiful yet stunning appearance like a goddess from fantasy world, she sometimes reveals a smooth like legs beneath her skirt and wears a black heel shoes.

Cornelia was once a kind woman, who was willing to cure the plague of the Kingdom.

Currently, she is a power-hungry person who is more than willing to claim the throne for herself, even if it means murdering Dimitri’s uncle and framing the former for her crimes. Furthermore, she is a self-serving tyrant, as she is willing to give her territory to the Empire.

However, it is strongly implied that the real Cornelia was killed and replaced by an agent of Those Who Slither in the Dark, as several people note how her personality and behavior changed quite suddenly, and at one point after the time skip, a merchant wonders about why she has imposed ridiculous levels of taxation on the parts of the Kingdom she rules over, pointing out that it makes no sense to drain a region so completely if they intend to keep making use of it as a conquered land.

She's also considerably pragmatic, as when Dimitri's return inspires uprisings among the Kingdom citizens, Cornelia refuses to send troops to suppress them, not out of any sense of mercy to the people, but rather because she knows she has to confront Dimitri with every soldier she has and can't afford to send any elsewhere if she is to have any chance of winning. 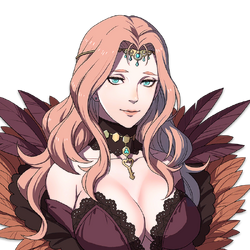 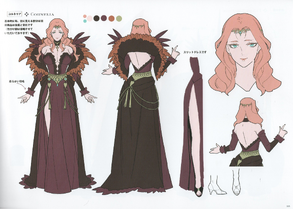 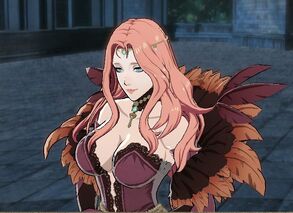 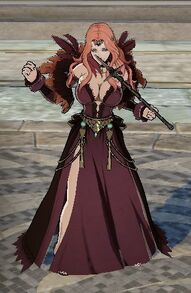 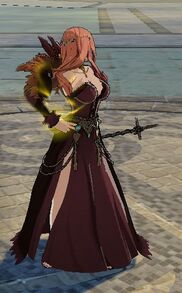 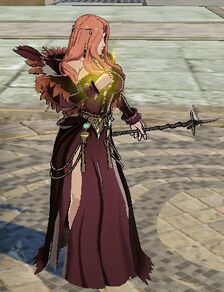 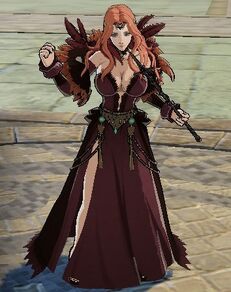 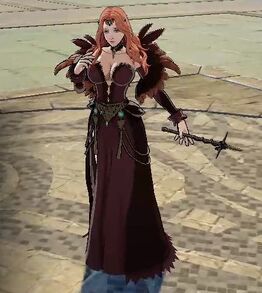 Retrieved from "https://villains.fandom.com/wiki/Cornelia_Arnim?oldid=4129838"
Community content is available under CC-BY-SA unless otherwise noted.