Producing proxies that are capable of taking on Tenno

Capture Warframes and and salvage their technologies to use to open new possible enhancements for their combat proxies.

Salvage Orokin technology for their own usage.

The Corpus is a major antagonistic faction encountered in the game Warframe. They are the second enemy group encountered by the player in the Origin System.

It is stated by Darvo that the Corpus has worked with the Grineer into selling technologies to them to support their degrading bodies, however tensions risen at an all time high following the Corpus stockpiling resources for their own use while raising prices on those bought by the Grineer.

In response, the Grineer reveal they have been constructing a new class of ship, the Fomorian, and send them to destroy private Corpus resource stores, intent on forcing them to lower prices again. This was later thwarted by the Tenno as these Grineer ships were capable of shifting the balance of power and as a result the Corpus emerged as victorious.

Despite tensions, the Corpus still were willing to work with anyone for profit as they worked with the Grineer again into hiding coordinates from the Tenno to their Phobos colonies.  Alad V has discovered a hidden area containing many Tenno in their cryosleep on Mars and planned to capture them for study and research. However, Grineer General Sargas Ruk also heard about it and demanded to be given the Tenno so he could kill them. Alad V refused, and the Grineer waged open war on the Corpus in Mars, further severing tensions and upsetting the balance of power. The Tenno were brought to resolve the conflict between them.

By the end of the conflict, Alad V has stopped gaining support by the Corpus Board of Directors for the war and was forced to retreat, allowing the Tenno to rescue their brethren in cyrosleep but at the cost of having the Grineer taking over most of Mars in the process.

Unlike the Grineer, the Corpus does not have a dual classification system. It's military consist of basic infantry known as Crewmen with many variations and units. Some are capable on combatting Warframes and disrupting their abilities. They rely on using combat proxies to fight for them such as walkers known as MOAs and use drones known as Ospreys.

They do not have its military divided into specialized divisions to operate in various environments as they prefer to build large ships known as Gas Cities that contain many facilities are built to harvest the planet's gas (such as Jupiter) large outposts that the Corpus preferably builds in icey and cold environment such as Neptune and Pluto. They are also have made more powerful combat proxies that are capable of posing a threat to even the Tenno as some were built by Warframe components. 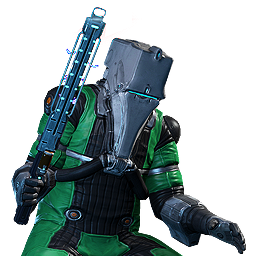 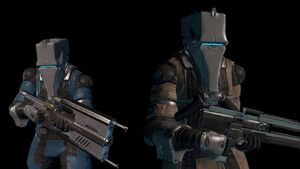 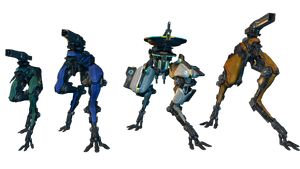 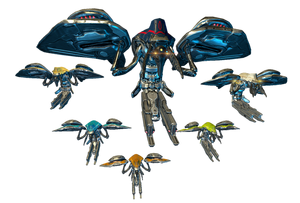 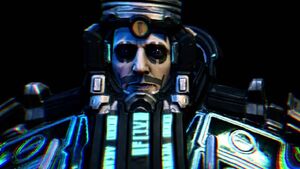 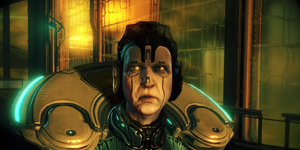 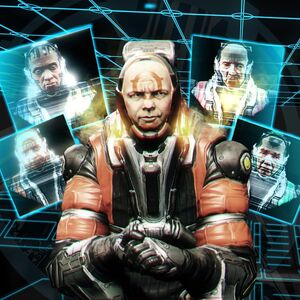 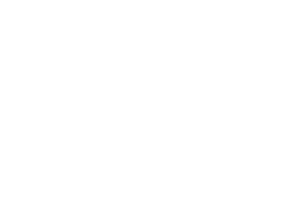 Retrieved from "https://villains.fandom.com/wiki/Corpus?oldid=3831344"
Community content is available under CC-BY-SA unless otherwise noted.