Prisoner in the Gittingham Palace's Oubliette

Spreading darkness across the land of mortals

To bring about the destruction of mortals.

Destroy the Celestrians and the Almighty.

Corvus is the main antagonist and the final boss of the Nintendo DS videogame Dragon Quest IX. He is a Celestrian that was imprisoned and forgotten in the Gittingham Palace dungeons for 300 years ever since he was captured by the Gittish Empire.

Given his situation; he managed to cast the hatred and wrath he had accumulated towards mortals, Celestrians, his lover whom he thought had betrayed him, and even The Almighty himself, as a powerful lightning spell that derailed the Starlight Express and caused major damage to the Observatory, the Celestrians' home. Colaterally, it also made the hero/heroine lose his/her Celestrian nature. The fallen Celestrian also brought the Empire back to life, many of its members as animal humanoids, beasts or living corpses; all of this while still shackled, presumably because of his own will.

Corvus was Aquila's mentor, the same way Aquila was the hero's/heroine's. This means that by Celestrian Laws, Corvus cannot be affected by his/her attacks.

Three hundred years before the game's events take place, at the time the Gittish Empire reigned the world; Corvus, the Celestrian and guardian of Wyrmwood Creek, was injured by enemy fire. Serena, a woman from Wyrmwood's Creek, hid him in a cave to prevent the Celestrian from being captured and taken to King Godwyn, who desired the magical fruit of Yggdrasil, the Fyggs, to obtain eternal life. Serena and Corvus began developing a close relationship and eventually fell in love.

Corvus did not want to leave Serena but she knew he would eventually had to let her go, for his own good. She and her father devised a plan: Put him to sleep with a special brew which they would tell him that was to heal his wounds, and then take him somewhere safe. Her father, however, made some changes to the plan and informed the Empire troops all about the Celestrian and his location, in exchange of protection for him and his daughter. Nonetheless, the Empire's soldiers did not kept their word and took them all for prisoners. Since Corvus was asleep, he misunderstood the situation and retained the idea that Serena had betrayed him. This was the seed that gave birth to his hatred towards everyone.

After spending 300 years in a cell in the palace's oubliette, at the beginning of the game, Corvus resurrected the Gittish Empire to lay destruction over the mortals' world, and casted a massive energy bolt towards the Realm of the Almighty which probably fragmented him, but what it also did as a side-effect was scatter seven of the fruits of the sacred tree, Yggdrasil, thorough the world and make the protagonist lose his/her wings.

After being released by the hero/heroine, Corvus ascends to the Realm of the Almighty and turns it into the dreaded "Realm of the Mighty"; the final dungeon the player must conquer in order to stop the destruction he plans to unleash. The hero eats a Fygg in order to become mortal and be able to bypass the Celestrian Law that forbids a Celestrian of confronting a superior, in order to be able to fight Corvus. After a initial confrontation, Corvus retreats and orders Barbarus to attack him. After Barbarus is killed, Corvus shows the result of his transformation, having turned into a gargoyle-like demon, and fights with the Hero.

Upon being defeated, Corvus prepares to unleash all of his power at once to destroy everything, but the spirit of Serena finally reaches them and intervenes. Though Corvus is initially confused, still believing her to have betrayed him, she shows him a visage of everything that truly happened, after which Corvus reverts to his original Celestrian appearance and apologizes for having doubted Serena and let himself be consumed by his hatred. The two of them ascend to the afterlife, and shortly after all Celestrians ascend to the starts and the Realm of the Almighty is restored to it's former glory. 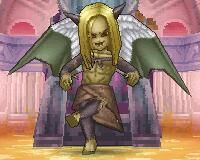 Corvus in the throne of the Almighty 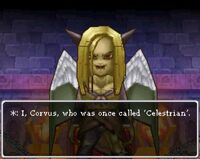 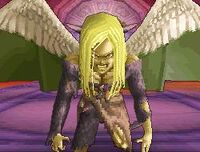 Corvus given up to wrath and hatred 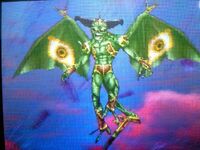 Corvus in the final battle

Corvus, purified by Serena
Add a photo to this gallery

Corvus fighting the hero of DQVIII in the intro of BRV 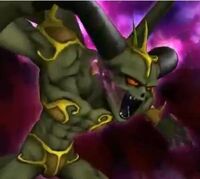 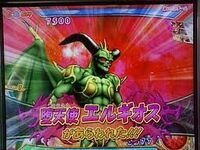 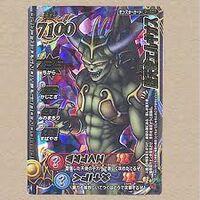 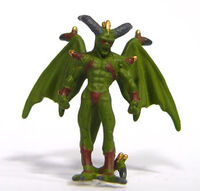 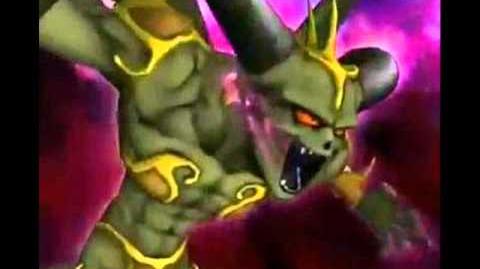 Retrieved from "https://villains.fandom.com/wiki/Corvus_(Dragon_Quest_IX)?oldid=3687961"
Community content is available under CC-BY-SA unless otherwise noted.