After Kingdom Hearts: Birth By Sleep

Unlock the Keyholes leading to the Kingdom Hearts.

Gain control of the Kingdom Hearts and rule the universe forever.

The Council of Disney Villains are a group of antagonists in the Kingdom Hearts series. They are a group of villains from various world that conspire to defeat the forces of Light and gain complete control over the Heartless.

The council continues to make appearances throughout the series. Maleficent is the leader of the council. The group works together mostly behind the scenes as a secret society of sorts.

They seek the power that Kingdom Hearts can grant them, wishing to use it for universal domination. They once resided in their former headquarters, the Villains' Vale. In truth, however, they are merely just pawns of Ansem, Seeker of Darkness, and through him, they are pawns of Xehanort, unknowingly doing his bidding when they believe that they are the true puppet masters.

Maleficent, Pete, Hades and Captain Hook are currently the only members of the council that have yet to be completely vanquished.

During this game the previous members of the council are divided and do not join up again with Maleficent, though she does try to bring some of them back. Pete also manages to gain new members, though they never actually meet Maleficent. Oogie and Hades briefly join up but then decide they are better off on their own. 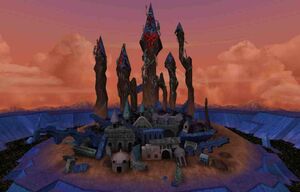 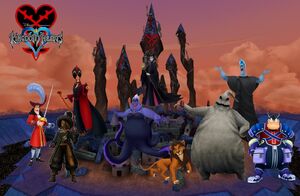