Member of the Dragon Council

Servant of the Dark Dragon

To take over the world

Traitor
Councillor Chang is a major antagonist in American Dragon: Jake Long. Like Jake, his sister Haley, his mother, and his grandfather Lao Shi, Chang is a magical dragon who spends part of her time in the form of a human. She was a member of the Dragon Council, but was revealed to be in league with the Dark Dragon.

She was voiced by Lauren Tom, who also voices Jinx and Gizmo from Teen Titans and Teen Titans Go!.

Prior to American Dragon: Jake Long

In 1975, Chang met The Chinese Dragon Lao Shi (who was smitten by Chang) and led him to The Dark Dragon, who battled and was defeated by Lao Shi.

Chang became a member of the Dragon Council, but continued working for the Dark Dragon and once again lead Lao Shi to him, but luckily, Jake Long, with the help of his friends Trixie and Spud and a few magical creatures, was able to save him.

Her next encounter was when she, along with fellow councilors, Kulde and Andam, were captured by the Huntsclan to be executed as part of Huntsgirl's initiation test.

Months later, after being outed as an agent of the Dark Dragon, Chang escaped from prison and picked up an animal guardian sidekick, a monkey named Bananas B. Chang appeared again with Bananas B as they sought to steal hydra scales and a phoenix feather. Foiled by Jake's younger sister Haley during her brief stint as the substitute American Dragon, Chang pretty much seemed to know who Haley's mentor Sun Park was, which as a former member of the Dragon Council made sense.

She was last seen with Bananas B during the Dark Dragon's gambit to mentally enslave the entire Dragon Council during a solemn ceremony in Hong Kong. She was captured in a sphinx hair net during the ensuing combat, and probably sent back to jail after that. 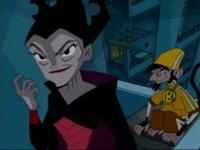 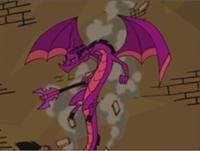 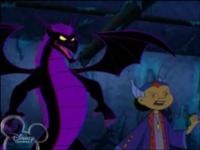 Chang with the Dark Dragon 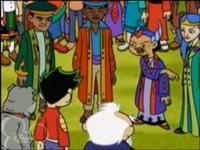 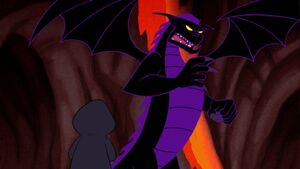 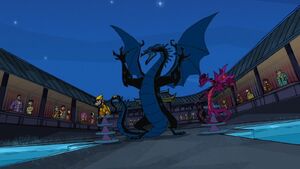 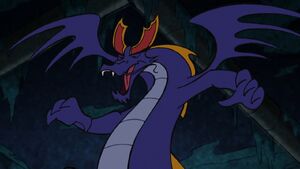 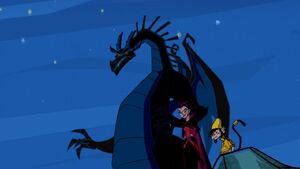 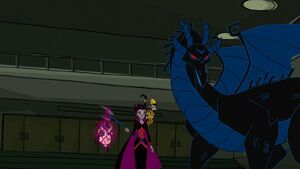 Retrieved from "https://villains.fandom.com/wiki/Councillor_Chang?oldid=3930633"
Community content is available under CC-BY-SA unless otherwise noted.