Count Aldobrandini is the main antagonist in the 1979 Czech film "Deváté srdce" ("The Ninth Heart"). He is an alchemist/sorcerer who constantly needs the blood of nine human hearts for an elixir that keeps him immortal.

He was portrayed by Juraj Kukura

He worked as an alchemist for the duke, promising him to create gold for him. He fell in love with Adriena and hypnotized her to bring her to the Hall of Time, his domain, where time passes by more quickly. He shows her his holiest secret: an elixier, brewed from the blood of nine human hearts as well as an ancient essence, which kept him immortal for centuries.

Finally, the student Martin, who also loves Adriena, revived the poor people who Alodobrandini took the heart blood from. Without the blood and the rest of the elixir, Aldobrandini aged to death while Adriena, Martin and the others escape. 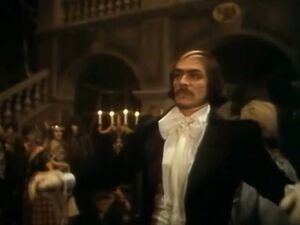 Aldobrandini in the Hall of Time. 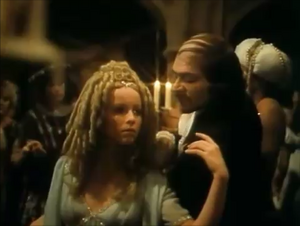 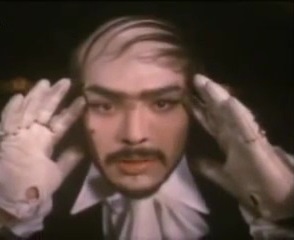 Aldobrandini aging into an old man without the elixir. 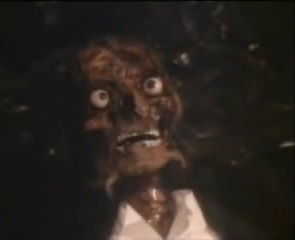 Aldobrandini turning into a skeleton. 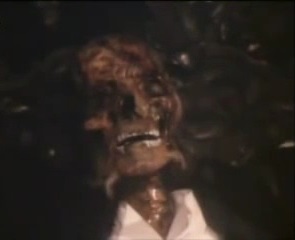 Retrieved from "https://villains.fandom.com/wiki/Count_Aldobrandini?oldid=3546617"
Community content is available under CC-BY-SA unless otherwise noted.