Use the Void to destroy the multiverse and create a perfect new one.

Planning on destroying the multiverse.

Harbingers for Rebirth
Count Bleck's Minions are a group of people employed by Count Bleck to assist him in his (supposed) goal of destroying the multiverse and remaking it as a perfect new one via the Chaos Heart.

In order accomplish his goals, Count Bleck traveled around gathering a group of people to assist him. Eventually, he had team comprised of Nastasia, Mimi and O'Chunks. Dimentio also approached the Count and offered his services. Count Bleck turned him down at first, but after seeing he was mentioned in the Dark Prognosticus he let him join.

The group later set their plans into motions by kidnapping Peach and Bowser and having them marry to create the Chaos Heart. Nastasia also brainwashed Bowser's minions to act as footsoldiers and guards for them.

Later, Nastasia finds Luigi wandering around Castle Bleck and brainwashes him into becoming Mr. L. However, after being defeated by Mario, Mr. L becomes Luigi again.

Though Count Bleck is invincible, the heroes use the Pure Hearts to take away his invincibility, allowing them to defeat him. After his defeat, Bleck begs the heroes to finish him off and close the Void. However, Dimentio appears and attempts to kill Bleck with an energy blast, but Nastasia aborbs it instead. Dimentio then takes control of the Chaos Heart and reveals that he had planted a Floro Sprout in Luigi. Dimentio fuses himself, the Chaos Heart and Luigi together to form Super Dimentio.

At first, Super Dimentio seems unbeatable, as the Pure Hearts were already used up to take away Count Bleck's invulnerability. However, Count Bleck and his remaining minions manage to recreate the Pure Hearts and use them to take away Super Dimentio's invincibility. Mario and co. then fight Super Dimentio and reduce him to a head. In a last ditch effort, Dimentio attempts to use the Chaos Heart to destroy all the worlds as revenge for the heroes defeating him but Bleck and Tippi sacrifice themselves to stop it.

By the end of the game, Nastasia, O'Chunks and Mimi are the only remaining minions. The three then vow to help build a perfect world instead of destroying it and creating new one before going their separate ways. 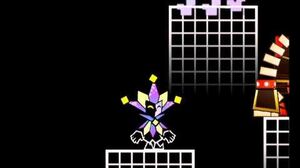 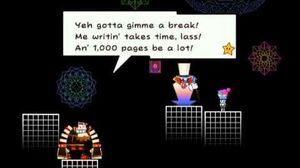 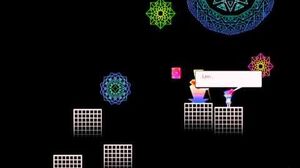 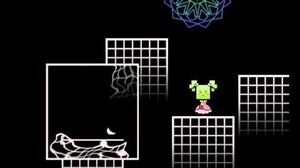 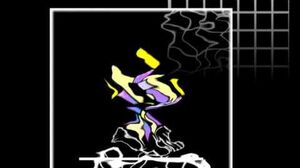 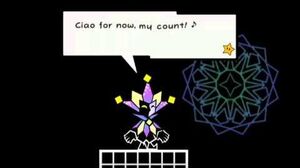 Retrieved from "https://villains.fandom.com/wiki/Count_Bleck%27s_Minions?oldid=3738438"
Community content is available under CC-BY-SA unless otherwise noted.