Villains Wiki
Register
Don't have an account?
Sign In
Advertisement
in: The Simpsons Villains, TV Show Villains, Vampires,
and 32 more

Count Burns was Mr. Burns as a vampire. He was the main villain in the Treehouse of Horror IV story, "Bart Simpson's Dracula".

Several people were killed, and Lisa suspected a vampire but no one believed her. The Simpsons' were invited to Mr. Burns' castle in Pennsylvania. Mr. Burns greeted them, and he looked like a vampire. Bart and Lisa went to find clues and ended up in a room full of Mr. Burns' vampires. Lisa escaped, but Bart was captured by the vampires and Mr. Burns appeared and bit him. Mr. Burns brought Bart back in a hypnotic state and the family returned home. Lisa woke up in the middle of the night and found Bart outside her window with Milhouse and several of their friends turned into vampires. Bart attempted to bite Lisa, but Homer stopped him and he flew off. Lisa stated that the only way to bring Bart back was to kill the head vampire, which she believed was Mr. Burns. The family went back to the castle and Lisa gave Homer a wooden stake. They opened a coffin, found Mr. Burns inside, and Homer staked him. Mr. Burns wails in pain and dies. He briefly comes back to life, angrily fires Homer and dies again.

Unfortunately, despite Burns' death, Bart still remained a vampire. A shocked Lisa found out that the entire Simpson family (excluding herself) were all vampires, and that Marge was the true head vampire as she was the one who turned Burns into a vampire; thus, Marge was responsible for turning Bart and the others into vampires in the first place. 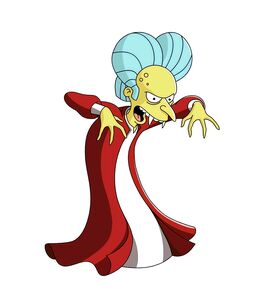 Count Burns with Bart and Lisa in Treehouse of Horror IV. 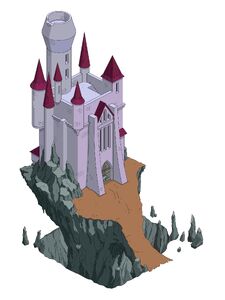