Prey on as many humans as possible (succeeded).

Count Dracula, or just Dracula, is the titular main antagonist of the Hammer series of Dracula films starting with the 1958 horror film Horror of Dracula.

He is based on the character from the Bram Stoker novel. He is an evil vampire who preys on humans and rules the dead. He is often killed, but comes back to life several times.

He was famously portrayed by the late Sir Christopher Lee, who also played Frankenstein's Monster in The Curse of Frankenstein, Lord Summerisle in The Wicker Man, Francisco Scaramanga in The Man with the Golden Gun, King Haggard in The Last Unicorn, Cushing Catheter in Gremlins 2: The New Batch, Saruman in Sir Peter Jackson's The Lord of the Rings and The Hobbit film trilogies and Count Dooku in the Star Wars prequel films.

Dracula was a brutal and sadistic vampire who took pleasure in killing people and would often kill his victims in extremely brutal ways.

Despite that, it was often his cruelty that was his downfall. Because of him trying to extend his victims suffering rather than just killing them right away, it gave them opportunities to escape.

He also doesn't care for his servants, torturing and abusing them for failing to kill his enemies. ﻿This shows he is truly selfish and pitiless. 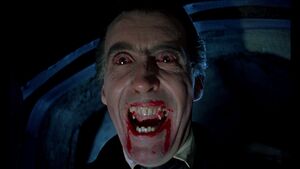 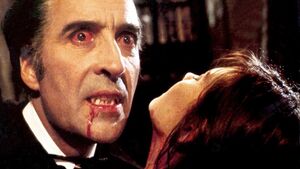 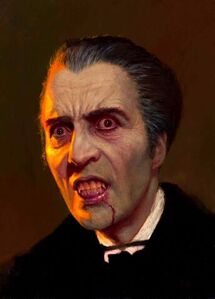