Prey on as many humans as possible (succeeded).

He is based on the character from the Bram Stoker novel.

He was portrayed by Gerard Butler (who also portrayed The Phantom of the Opera in the 2004 film of the same name, Clyde Shelton in Law Abiding Citizen, and Set in Gods of Egypt) in Dracula 2000, by Stephen Billington in Dracula II: Ascension, and by the late Rutger Hauer (who also portrayed Roy Batty in Blade Runner, Cardinal Roark in Sin City, Kurt Barlow in the 2004 Salem's Lot TV Series, Lothos in Buffy: The Vampire Slayer and Morgan Edge in Smallville) in Dracula III: Legacy.

After the death of Jesus Christ, Judas Iscariot committed suicide by hanging himself (as what he did in real life). Judas was later resurrected as a vampire until he changed his name to Count Dracula.

Years later, Dracula was defeated by his archenemy Abraham Van Helsing and his men, who set a trap on him. His body was then put in a coffin and taken to Van Helsing's secret vault to be hidden.

One hundred twenty-two years later, thieves led by Solina's boyfriend Marcus break into Van Helsing's secret vault, and at least 2 thieves who attempted to steal Dracula's coffin were impaled by spikes in the process, causing their blood to trickle into Dracula's body, resurrecting him, but the thieves who survived the trap still managed to steal his coffin before Van Helsing could stop them.

While on the plane, one of the thieves open his coffin, only for Dracula to awaken and attack the thieves, turning them all into vampires, including Marcus and Solina.

At the plane crashing site, Dracula attacks a news reporter named Valerie Sharpe and the camera man named JT, in which he kills JT and turns Valerie into a vampire.

Dracula then goes searching for Van Helsing's daughter Mary Heller, but finds one of Mary's friends, whose name is Lucy Westerman, who takes him to her and Mary's house, where they make love until Dracula turns Lucy into a vampire.

When Van Helsing enters his daughter Mary's house to look for her, Dracula and his 3 new brides Solina, Lucy, and Valerie corner him and kill him.

Dracula then manages to find Mary and capture her, and he brings her to a rooftop, where he turns Mary into a vampire in the process.

When Simon Sheppard arrives to rescue Mary, he kills at least one of Dracula's 3 brides, which is Valerie, only be knocked out and captured by Solina and Lucy. Dracula forces Mary to bite Simon, but she takes the opportunity to save Simon's life by faking the bite instead, then together Mary and Simon kill Dracula's remaining brides, Lucy and Solina.

Dracula fights Mary, who manages to defeat him by hanging him from a large crucifix. He then cures Mary of her vampirism by saying "I release you.". As the sunlight rises, Dracula gets burned to death in the process.

Dracula's body was discovered, and was then taken to the New Orleans morgue. As the worker named Elizabeth Blaine checks his teeth, she pricks her finger on his fangs, unwittingly resurrecting him in the process.

Elizabeth Blaine and her co-worker Luke then take Dracula's body to an abandoned house, where they put his body into a bloody bathtub. As Dracula awakens, he attacks Luke, Elizabeth and their friends, before Lowell's colleague Eric arrives and shines a light in his face, then sprays the blood off of him, capturing him in the process.

Dracula was then taken to an abandoned gym, where a testing room has been set up with ultraviolet lights and a table to which Dracula is secured with chains coated in liquid silver.

Dracula mesmerizes Lowell into driving his wheelchair off a ledge, where he is badly injured. After Elizabeth transfuses some of her own blood into Dracula so that she can get more blood from him, she injects the blood into Lowell, who immediately heals and becomes free from his weakness.

As Lowell and Eric turn on Luke and Elizabeth, Elizabeth tosses holy water on Lowell, who was turned into a vampire, but then gets decapitated by a priest named Uffizi, and Dracula breaks free from his bindings and bites Eric's face off, turning him into a faceless vampire, who then gets choked to death by Luke with a bottle of holy water.

Dracula then fights his second archenemy Uffizi, but Uffizi wraps his whip around his neck and attempts to decapitate him. In the moment, Elizabeth (who turned into a vampire) shoots Uffizi with an arrow. As Dracula escapes with Elizabeth, Uffizi promises him that he will find him, and Dracula replies "I'm counting on it".

Five years later, Uffizi, Luke, and a woman named Julia Hughes go searching for Dracula, but as they arrive at his castle, they are ambushed by Dracula's servants, in which one of them shoots Uffizi, knocking him off a cliff, then they capture Luke and Julia, and hand them both over to Dracula.

Uffizi survives his gunshot wounds, and kills one of Dracula's servants, who shot him earlier, before entering the castle to confront Dracula. However, Dracula has wounded Julia in the process, who dies of her injuries.

Dracula then fights Uffizi for the second time, but Elizabeth interferes and helps Uffizi defeat him. Uffizi takes Dracula's sword and decapitates him, killing him in the process. 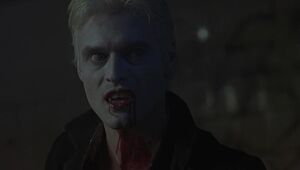 Count Dracula as seen in Dracula III: Legacy.
Add a photo to this gallery 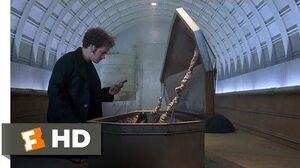 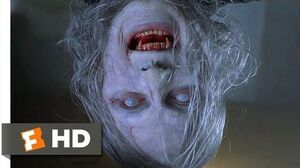 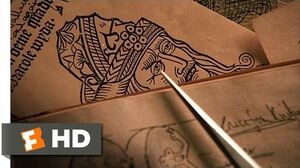 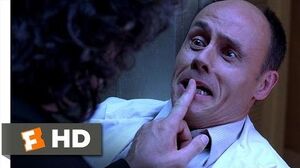 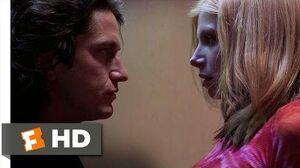 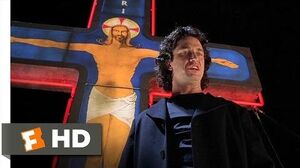 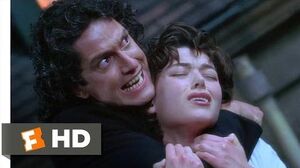 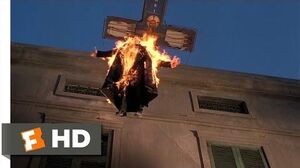 Dracula 2000 (12 12) Movie CLIP - This is How You Die (2000) HD
Add a photo to this gallery
Retrieved from "https://villains.fandom.com/wiki/Count_Dracula_(Wes_Craven)?oldid=4048828"
Community content is available under CC-BY-SA unless otherwise noted.