Courtney Gears is a supporting antagonist in the video game Ratchet & Clank 3: Up Your Arsenal. She is a robotic pop star that worked for Dr. Nefarious.

She was voiced by Melissa Disney in Up Your Arsenal, and Nika Futterman in Deadlocked.

Her first appearance was at a gladiator show called Annihilation Nation, where she handed over the Tyhrra- Guise as a prize for winning a gauntlet, to Ratchet. Later in the game, Ratchet and Clank found one of her music videos that led to suspicion that she was affiliated with Dr. Nefarious. After Ratchet and Clank won another Annihilation Nation match, Ratchet makes a poor effort in starting a conversation to interrogate her about Nefarious, but Clank managed to arrange a meeting with her at the Holostar Studios. The two made a deal that if she could star in one of Clank's holofilms, she would tell him anything about Dr. Nefarious. After the filming takes place, she knocks out Clank and takes her to Nefarious personally. Nefarious reveals that he wants Clank on his side in his plot to conquer the Solana Galaxy. Clank refuses, and therefore ended up replaced with Klunk, who would be used to spy on Ratchet and the Q-Force. Later she kidnaps Skidd, an ally of Ratchet, and turns him into a robot. She plans to do the same with Ratchet, however, despite her impressive fighting abilities and backup dancers, Ratchet comes out on top and nothing is seen of her for the rest of the game.

It is revealed Courtney Gears had survived and made a cameo appearance in Ratchet: Deadlocked. Her first cameo was when the DreadZone commentators, Dallas and Juanita, reported that Courtney recently recovered from being attacked by "psychotic fans", referring Ratchet and Clank, even though the latter was technically not present. It is also revealed that she once dated a robot named Reactor. Initially she dumped him when he was a math teacher, but would rush back to him after Reactor became a famous gladiator in DreadZone. After the events of Deadlocked, she would only be seen in flashbacks, such as on the IRIS supercomputer in Tools of Destruction, or on posters in the comic book series. 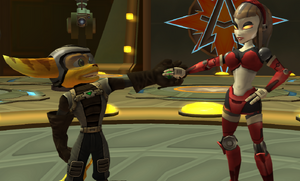 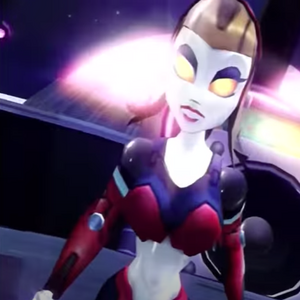 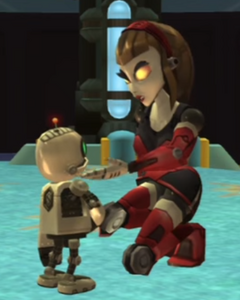 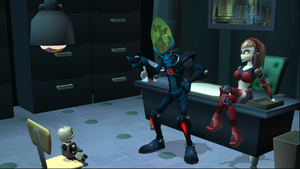 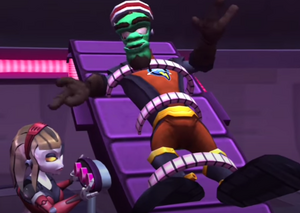 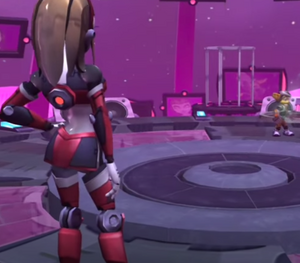