Conquer Earth and wipe out humanity.

The Covenant Forces were the military arm of the Covenant. Those that occupied Harvest were under the leadership of the Prophet of Regret and his second-in-command, Ripa 'Moramee.

Grunts fight in lances under the command of a Minor Elite or Minor Brute (if the Brute Army Commander is the leader). Their starting special attack is where the members of the squad will throw Plasma Grenades at the target.

Hunters are heavily armored and armed with fuel rod cannons, serving as the Covenant's anti-vehicle infantry.

Ghosts are light vehicles that are used as scouts and light infantry.

Choppers are the Brute counterparts of Ghosts.

Wraiths are the main battle tank of the Covenant and are armed with a powerful plasma mortar and a plasma turret. 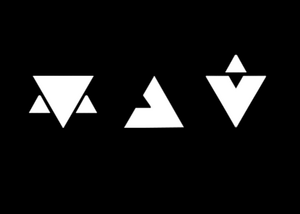