The Cleveland Show: Our Gang

Knowledge and connection of selling narcotics

Wreak as much havoc as they can. (formerly)

Sell drugs as much as they can to make profits. (abandoned)
Utilize business skills they learned from Cleveland Brown to live law-abiding life.

Juvenile Delinquents
The Crazy Eights are an antagonists gang of troubled teens from The Cleveland Show. They are one-time villains, only appearing in the episode "Our Gang". The eights are students at Stoolbend High School, who act like depraved delinquents and cause all kinds of trouble.

In "Our Gang", the gang ran rampant around Stoolbend High School, causing chaos. When one of them pulled the fire alarm, resulting in Principal Farquhare getting tampled and put into traction, Cleveland Brown took it into his own hands to fix them. He took them to his house and it wasn't long before they started liking him, when Cleveland claimed to be Sgt. Al Powell from Die-Hard. They decided upon the name "Crazy Eights" for their gang, which was now going to be doing something good, baking and selling cookies. When Cleveland explained his business plan of selling cookies, they misinterpereted his way of speaking as a code for selling cocaine. Soon enough, the Eights went out on the streets and raked in tons of cash off of cocaine. Donna became suspicious when she realized how much money was being made off of selling so few cookies, but stopped questioning them when their money got her a flat screen TV.

The Crazy Eights got in trouble with another gang, known as The Stoolbloods, when they sold drugs on their turf. The Bloods took their earnings and supplies and AK Rocka decided to come clean to Cleveland about the drugs, but not until after telling him how The Stoolbloods took their earnings and supplies. After hearing about the power of that gang, Cleveland realized he was in trouble, for breaking into their place, cursing them out, and taking back what was his, along with a bag of their "supplies". Cleveland freaked out and flushed all the cocaine down the toilet. He thought he was in the clear, until Momstabba, the leader of The Stoolbloods called him, claiming to be holding Junior hostage, threatening to kill him if the didn't return their cocaine.

Cleveland went back into fear again and he rushed to their place with the Crazy Eights. All eight of them bribed them with their own personal belongings. This was enough to convince The Bloods to spare Junior and let them walk away with their lives. The Crazy Eights told Cleveland that they learned a lot from him and were now going to put this to their futures. But Cleveland told them to get out of his car, not wanting anything to do with them again any longer.

In "You're the Best Man, Cleveland Brown", AK Rocka was in the audience at LeVar and Evelyn's wedding. 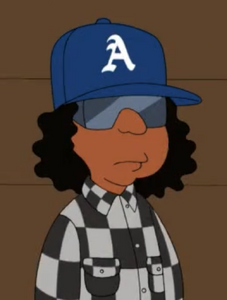 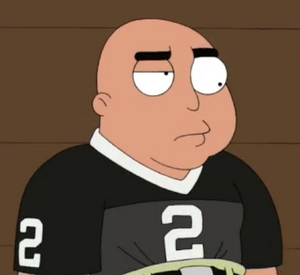 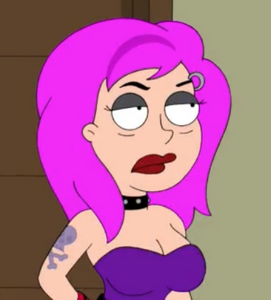 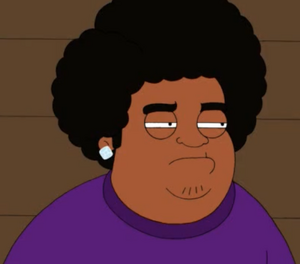 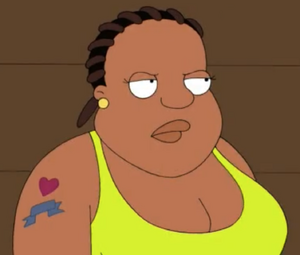 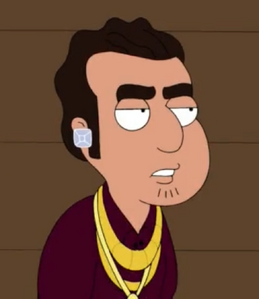 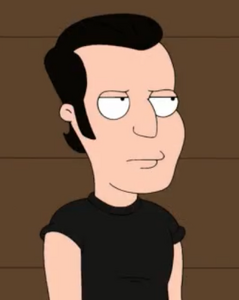 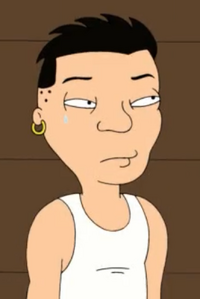 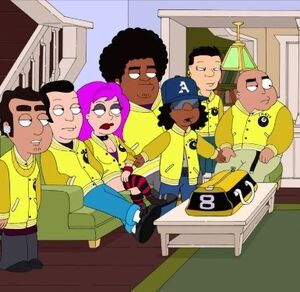 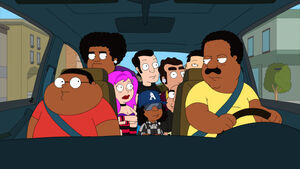 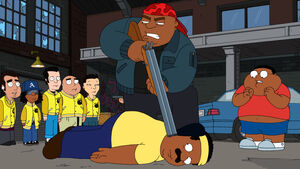