Vengeful Energy Beings
Crea and Prea are "baby" Elves that appeared in Megaman Zero 2 and 3, but eventually appears as major antagonists in the videogame Megaman Zero 3. They consider themselves as children of Dark Elf. They joined Dr. Weil so they could get their revenge on Zero for hurting their mother.

Both Crea and Prea have a similar appearance as the are small purple specks. Both of them also appear to be encased in an armor, with a small opening allowing them to see. But when they confront their enemies, their physical appearance change.

Crea and Prea also have the ability to fuse with each other to become even stronger. In this form, Crea and Prea are much larger in size, and their colors constantly flux from red to blue.

Two months after the events of Megaman Zero 2, Zero encountered Crea and Prea, while he was venturing in the Old Residential. The two could sense that the Dark Elf was nearby. Before Zero could make contact with them, Crea and Prea continued even further to the area find their mother. Eventually, the two encountered Deathtanz Mantisk.

As soon as Zero showed up, Crea and Prea recognized to one who harmed their mother. Deathtanz ordered the two baby elves to go into the other room, while he dealt with Zero. While Zero was fighting Deathtanz, Crea and Prea encountered Dr. Weil. Dr. Weil told the baby elves that he was their grandfather. Before Zero could stop him, Weil, along with the baby elves teleported away.

Later on, When Dr. Weil discovered the location of Mother Elf, he decided to launch a missile with Omega inside it. While Zero was inside the missile trying to prevent it from reaching it's destination, he eventually encountered Crea and Prea. The two baby elves, blaming Zero from hurting their mother, confronted Zero together. Despite their increased powers, Crea and Prea were defeated.

However, the two were able to fend off Zero long enough for the missile to reach it's destination. Shortly after the Missile crashed, Crea and Prea were reunited with their mother. The mother ended up getting absorbed by Omega to become more powerful. Crea and Prea commanded Omega to destroy a weakened Zero. However Harpuia showed to confront Omega on his own. Despite his best efforts, Harpuia ended up getting overpowered by Omega.

The two baby elves decided to let Omega to destroy both Zero and Harpuia. Just as Omega was about to kill the two, Ceil was about to teleport them back to the Reploid base. Some time later, while Zero was in the Sub Arcadia, he encountered Crea and Prea again. To prevent Zero from reaching the Dark Elf, the two confronted Zero. Despite their best efforts, Crea and Prea ended getting defeated by Zero. After their defeat, Crea claimed that his body felt like someone is sticking needles into them, while Prea felt like someone was smashing him with clubs and hammers.

With that, the two baby elves' bodies dissolved and were completely destroyed.

Both Crea and Prea have a few similar abilities, such as the ability to fly and to merge with each other to temporarily become stronger. However they both have different abilities as well.

When the two fuse together, they acquire two new abilities. One of their abilities, which is known as Cosmic Rays, allows them to shoot two ray that crashes against the ground, and splits in two directions (, but when Zero encounters this form in their second battle, instead of firing the ray at the ground, they summon 4 rays that stick to them and rotate). The second one, which is known as Fusion Eclipse, causes the two to explode, resulting in them shooting beams in all directions. 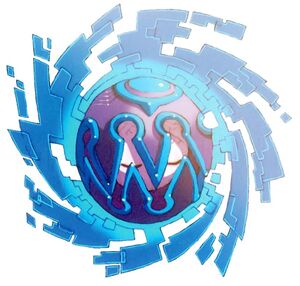 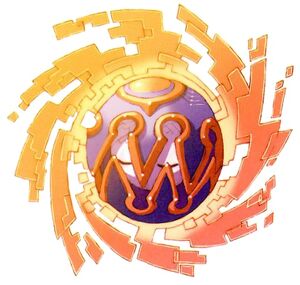