De-facto leader and creator of the Deboth Army

Studying the lifeforms that inhabit the universe.

Destroy the Earth and create a new planet in its place.

Creator Devius is the main antagonist of Ressha Sentai ToQger vs. Kyoryuger: The Movie and the overarching antagonist of Zyuden Sentai Kyoryuger. He is a mysterious and powerful space entity and the creator of Deboth. His primary weapon is the Magicana Wand.

He was played by Masaki Terasoma.

Millions of years ago, Devius created Deboth for the purpose of gathering knowledge on the different species that inhabit the universe.

Following Deboth's demise, Devius takes control of the army he created and approaches Earth. He uses his main body to take over a Galaxy Line Station, prompting Lady to call for the ToQger's help. Though the station is later crashed, his physical form is materialized in a sealed state. He sent his subordinate Salamaz to ally with the Shadow Line to defeat the Kyoryugers and ToQgers, however this was just a ruse to steal their darkness.

Empowered by the Shadow Line's darkness, Devius summons an army of past Shadow Kaijin and Kuliners to fight the Kyoryugers and ToQgers as they approach the terminal. However, Daigo and Right manage to slip past and go to confront Devius.

Upon arriving at Devius's location they discover that the Creator is close to full power. Though Devius overpowers them at first, the two Reds are able to overcome him by working together, defeating him with a Brave-imbued Daikaiten Cannon's shoot. Down but not out, Devius enlarges himself to fight the two teams, but is finished off by the combined attacks of the ToQgers, Kyoryugers and the Shadow Line. 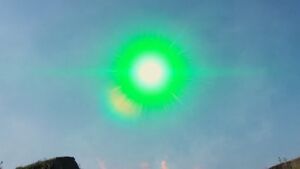 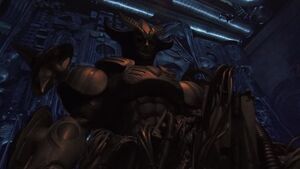 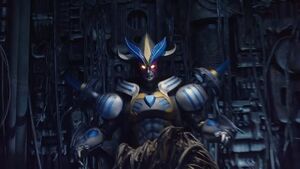 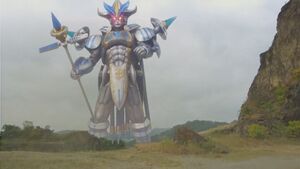