According to religious belief, the Grimm were created by the God of Darkness to offset the God of Light's creations of life.

Creeps are first seen in the episodes "No Brakes" and "Breach", where they are lurking in the subterranean tunnels below Mountain Glenn. They are awakened by Roman Torchwick and the White Fang's explosive train as it breaches Vale, and begin to pour out into the city. However, they are successfully killed off by a joint effort between Team RWBY, Team JNPR, the Atlesian military, Emerald Sustrai, Mercury Black, Bartholomew Oobleck, Peter Port, Team CFVY and Glynda Goodwitch.

Both normal and Alpha Creeps are encountered as common wild enemies in Forever Fall, the Emerald Forest, and Mountain Glenn. When Team RWBY explores the tunnels under Mountain Glenn again, they find massive, mutated Creeps that attack them. After they are defeated, they realize that the mutations have been caused by the mad experiments of Dr. Merlot, who they then set off to find.

In "Fall" and "PvP", Creeps are among the hordes of Grimm attracted to the chaos caused by Cinder Fall and her faction at Amity Colosseum.

In the episodes detailing the Fall of Beacon ("Battle of Beacon", "Heroes and Monsters" and "End of the Beginning"), Creeps are among the Grimm invading the city, battling police and Huntsmen.

Mutant Creeps appear as units in RWBY: Amity Arena. When deployed, two Creeps will charge and create an AOE self-destructing explosion upon contact with enemy units.

Creeps use their sharp claws and teeth as weapons, normally attacking by simply biting or slashing at their foes. They will also swing their armored tails in attempts to whip and/or stun their enemies. They also seem to prefer attacking straight-on, and will charge and lash out similarly to a vicious animal. 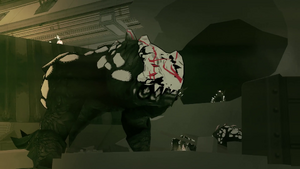 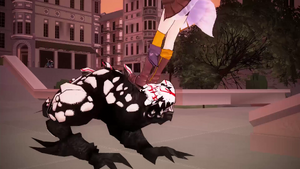 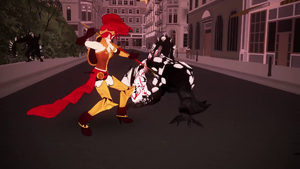 A Creep vs Pyrrha Nikos. 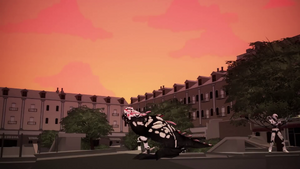 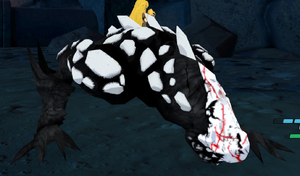 A Creep in RWBY: Grimm Eclipse. 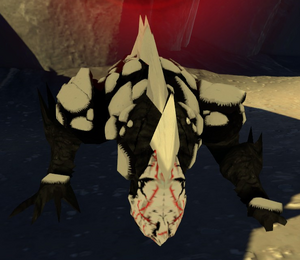 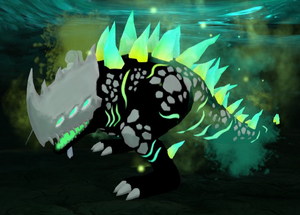 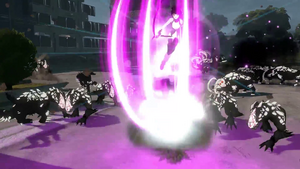 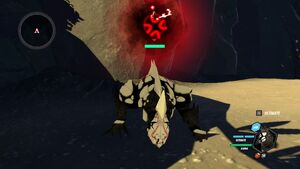 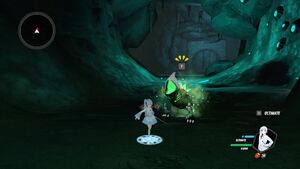 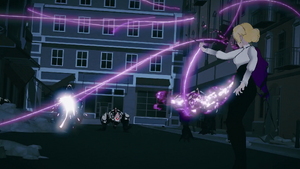 A Creep vs Glynda Goodwitch. 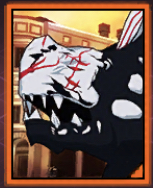 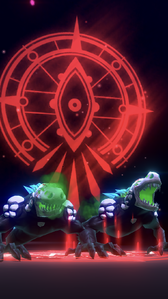 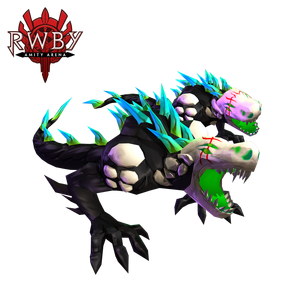