Creepy (also known as the Thief) is a minor antagonist of the 2002 sci-fi comedy film Men In Black II.

He was portrayed by Michael Bailey Smith.

Creepy's role is purely that of cannon fodder; his one and only scene is simply to show off how dangerous Serleena is. He has his small appearance in the opening credits, where he has been roaming Central Park at night, searching for people to mug. Meanwhile, Serleena manages to land in Central Park, and after scaring away a pet dog, she finds a magazine with a Victoria's Secret advert of model in lingerie.

She transforms into an exact copy of the model in the advert, and when she is finished, Creepy grabs her from behind. Holding her at knifepoint, he licks her neck and takes her behind a bush, telling Serleena that she "tastes good". However, once behind the bush, Serleena devours Creepy, swallowing him alive. She sadistically tells him that he tastes good as well.

She then walks back from the bush, carrying Creepy in her large sloshing stomach, which has already begun to digest him. When she gets back to the magazine and sees the slim model in the picture, she realizes that having Creepy inside her ruins the disguise, and while contemplating what to do, her belly makes a loud churning noise, indicating that she may not have long to decide. Ultimately she goes back behind the bush where she regurgitates his remains, taking his leather clothes to change into. 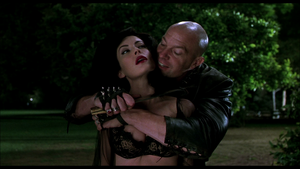 Creepy surprises Serleena when he comes out of hiding, before licking her neck. 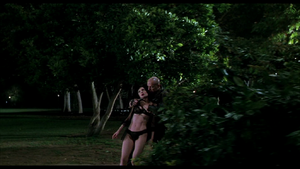 Creepy drags Serleena behind some bushes. 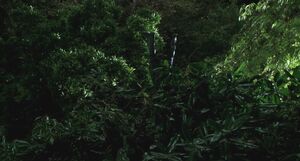 Serleena walks out the bushes with her belly. 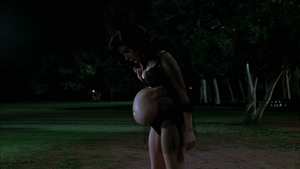 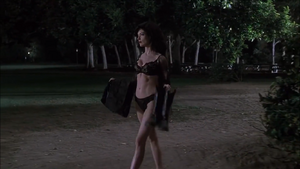 Serleena walks away from the park with his clothes. 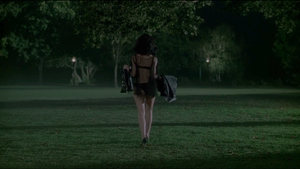 Serleena walks away from Central Park. 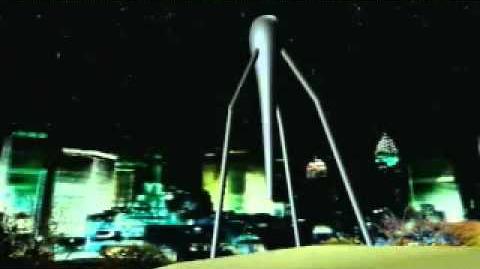 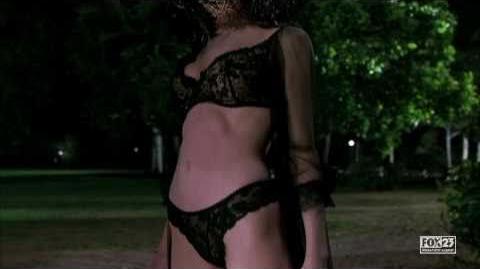