DC Comics - Justice League of America #21 - Crisis on Earth One!

Possess knowledge on Earth-One and Earth-Two

Defeat the JLA and the JSA.

Continue their criminal schemes (both failed).

Vengeful Team
The Crime Champions are a group of six supervillains in the DC Comics universe where their goal is to defeat the Justice League of America and the Justice Society of America. The group is formed after Fiddler, Icicle and Wizard escape from jail. Fiddler opens a gateway between Earths 1 and 2, which gets the three supervillains transported to Earth-1, right in the middle of a stage show.

Chronos, Felix Faust and Doctor Alchemy saw them in convict garb, and helped the other crooks to escape. They each learned about the others Earth, and began to make plans to destroy the JSA and JLA, and captured the two Flashes, as they alone could recognize the villains of both Earths. At first their plan goes off well but collapses when both Green Lanterns use their power rings to escape their prison that the Crime Champions had set up for the heroes. The Green Lanterns and Flashes then use their abilities to free the other remaining heroes within the prison. Shortly after this, the Crime Champions are eventually defeated and sent back to their respected dimensions and go back to their own jails.

The criminal group known as the Crime Champions become known when Batman chairs a meeting for the Justice League of America. He informs the team that he just learned that supervillains Chronos, Doctor Alchemy and Felix Faust have banded together as the Crime Champions and intend to rob a bank in Powers City. The group splits into three teams to take down each of the supervillains.

Meanwhile, on the parallel world of Earth-Two, the Justice Society of America have received a challenge from three of their most well-known adversaries. They are the Fiddler, the Icicle and the Wizard. Eager to begin adventuring as a team once again, the JSA officially come out of retirement.

Back on Earth-One, Felix Faust plunders a sunken battleship. Aquaman, the Atom and Martian Manhunter arrive to stop him, but Faust crushes Aquaman with a tidal wave and conjures fire to keep the Manhunter at bay. The Atom knocks the fire away, and Martian Manhunter uses his Martian-Breath to blow the Atom like a bullet towards Faust, but the villain suddenly disappears.

Elsewhere, Doctor Alchemy uses his Philosopher's Stone to rob an armored car, giving it wings. Superman and the Flash arrive to stop him, but the Flash mysteriously begins vibrating and disappears. Doctor Alchemy uses his power to turn a nearby fire hydrant into Green Kryptonite, which slows Superman down. Green Arrow tries to stop the villain with his trick arrows but is caught in glue and his arrows turned to weeds, finally he uses lead to cover the Kryptonite enabling Superman to free him and they go after Alchemy, but he manages to escape.

In Powers City, Chronos the Time-Thief robs a vault. Batman, Green Lantern and Wonder Woman show up and Chronos clips Batman’s Batrope with projected clock hands from his pocket watch. He keeps Green Lantern at bay with a blast of yellow smoke from his Flying Sundial and he manages to elude Wonder Woman's golden lasso with hands fired from a watch. Wonder Woman saves Green Lantern by lassoing him from the smoke, he catches Batman. Like the other villains, Chronos mysteriously disappears.

The three Earth-One villains reappear at a secret lair on Earth-Two where they meet up with the Fiddler, the Icicle and the Wizard. The Earth-Two villains regale their Earth-One partners with stories of how they recently defeated the Justice Society of America. The villains decide to switch places with one another with Chronos, Doctor Alchemy and Felix Faust remaining on Earth-Two, and the Fiddler, Icicle and Wizard migrating to Earth-One.

When the Earth-Two villains arrive on Earth-One, they disguise themselves as their partners so as to confuse the members of the Justice League of America. The Wizard uses his magic to complete their disguises, he becomes Alchemy, Icicle becomes Chronos, and Fiddler becomes Faust, and they begin a crime spree at the gambling district known as Casino Town. The Justice League tries to fight them, but their unfamiliarity with these Earth-Two villains gives the criminals a notable advantage. Superman's vulnerability against magic enables the Wizard to spring a final trap against the group. The criminals manage to apprehend the League and imprison them inside their own Secret Sanctuary. None of their powers are strong enough for them to break free. Worse, the Flash still appears to be missing in action.

The combined efforts of the Justice League of America of Earth-One and the Justice Society of America of Earth-Two continue to try and stop the combined forces of the Crime Champions, a coalition of villains from both Earths. The Earth-Two Atom and Hourman go after the Fiddler robbing a museum, Hawkman and Black Canary go after Wizard, and Doctor Fate goes after the Icicle. Martian Manhunter, Green Arrow, and the Earth-One Atom go after Felix Faust, Batman and Wonder Woman go after Doctor Alchemy, and Superman and Aquaman go after Chronos who is stealing a clock from a lighthouse.

While both Green Lanterns seek to save the captured Flashes each of the other members of each respective group fails in defeating the various villains. The heroes manage to defeat their foes at first, but soon find themselves quickly defeated and trapped in cages in space just like the Flashes, due to a trap set there that is set off by the arrival of the Green Lanterns whose energies provide the remaining power needed to spring the trap.

However their imprisonment is short-lived when the two Green Lanterns are able to shrink themselves down to size to get out of their prison at the Earth-One Atom's suggestion, and then use their combined power rings and the super speed of both Flashes to free the others. The Crime Champions realize what has happened, and the Fiddler thinks there must be an Earth-Three they can escape to, which they try to find. Then the combined efforts of both the Justice League and the Justice Society defeat the Crime Champions. With their opponents defeated, both groups part company for their own worlds, taking their respective criminals back with them. 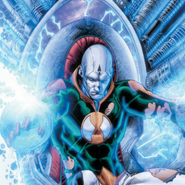 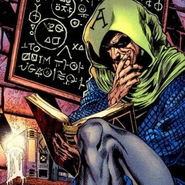 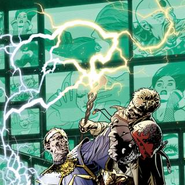 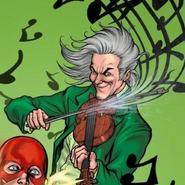 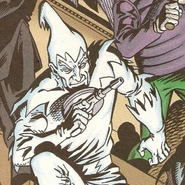 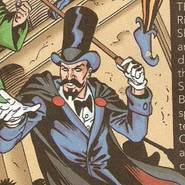