Kill anyone in order to get her job done.

The Red Room wants me dead? You won't be the one to do it! Not you! Not ever!Yelena Belova

Crimson Widow (Yelena Belova) is a KGB operative who was a replacement for Black Widow after she joined S.H.I.E.L.D. Unlike Natasha who has red hair, she has blonde hair. She’s just as good as a fighter as Black Widow but is more ruthless and will kill someone in order to get the job done.

She was also a member of S.H.I.E.L.D., Vanguard, and HYDRA before death.

At the age of 15, she was chosen to become the new Black Widow as her predecessor, Natalia Romanova was no longer loyal to Russia. During her training in the Red Room Academy, she claimed her physical abilities and succeeded in her test scores, rivaling with Black Widow, but only physical training. Her first mission was to deliver a device that would lower the barriers surrounding Attilan to aid in the invasion. When Natasha Romanova was sent by the United States and Russia to go after the Deathless Frenzy, Yuri Stalyenko sends Yelena to make sure that the serum ended up in Russia's hands. 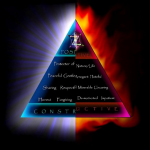