The New Adventures of He-Man

Using her whip and blaster

To become Queen of the Gleanons (failed).

Crita is a character from the 1990 animated series The New Adventures of He-Man. She was not featured as an action figure. She is notable for being the only female villain in the series and a potential love interest for the character of Skeletor.

The New Adventures of He-Man

Crita is an attractive and ruthlessly evil female who works aboard the Mutants' Mothership and admires Skeletor. She and Skeletor become closer throughout the series, leading Skeletor to show flirtatious behavior toward her, even dancing with her. His advances are often interrupted by Flogg, who tends to become jealous when he is not being paid more attention. However, Skeletor shows in "Escape from Gaolotia" that he is perfectly willing to destroy her if it suits him. Despite the events of that episode, Crita apparently forgives Skeletor, who arranges for her to be sent to Nekron to assist the evil Gleanon warriors in their war against the peaceful Mytes.

While on the planet Nekron, Crita develops a deep hatred and rivalry with Mara, who was also sent to the planet to help the peaceful Mytes. Crita soon schemes to become Queen of the Gleanons, and is eventually awarded the position by General Nifel, the leader of the Gleanons, after he realizes he will need the help of the Mutants now that the Galactic Guardians are helping the Mytes.

At the end of the series, Flogg finally decides to attack Primus with everything he has, including having the Gleanons, under Crita's leadership, assist them. After Flogg, realizing he has finally lost, agrees to surrender all his forces, Skeletor flies into a rage, finally expressing his true opinion of Flogg. Flogg attempts to shoot Skeletor, who he blames for his downfall. But before he can pull the trigger, Crita kicks the gun out of his hand, Flogg tells Crita to perish along with Skeletor before he and the other Mutants leave Primus. Skeletor then transports himself, Crita, He-Man and Mara to the ancient ruins of the Oasis on Primus and challenges He-Man to their final battle. While Skeletor battles He-Man, Crita faces off against Mara. Crita accidentally pulls down a huge stone pillar, but before it falls on top of her, Mara pulls her out of the way and throws her into Skeletor. Skeletor is caught off guard and Mara throws Crita into him, knocking the two off a cliff ledge and into a shuttle pod. He-Man is able to take Skeletor's staff after their battle and uses his power sword to trap Skeletor and Crita within the shuttle pod and exile them into space. As they drift through space, Skeletor promises Crita he will return to destroy He-Man. 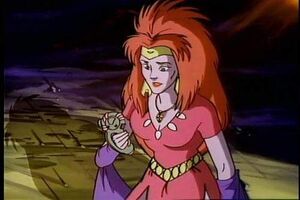 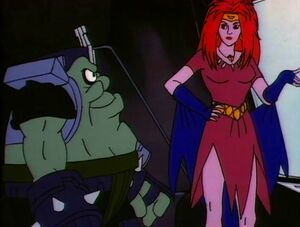 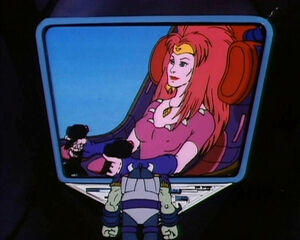 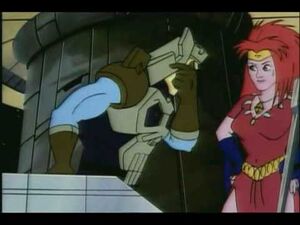 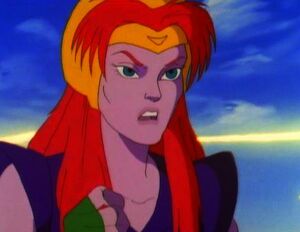 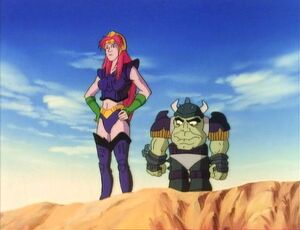 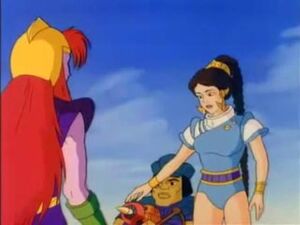 Crita is pointing the gun at Mara. 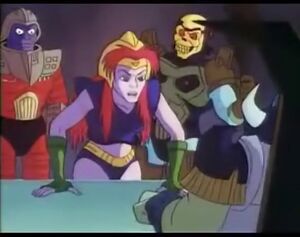 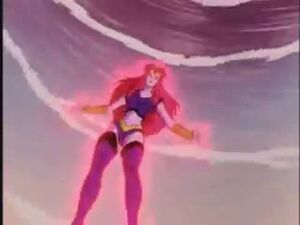 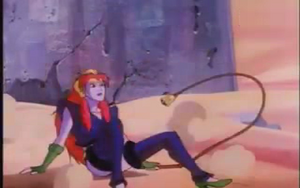 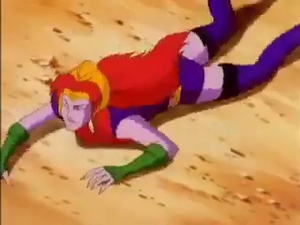 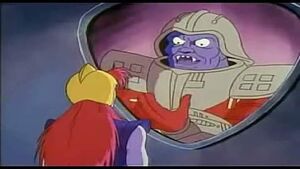 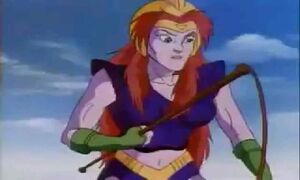 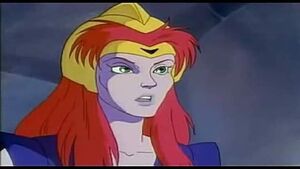