Destroying planets if they deem them unsatisfactory.

Destroy the Earth.
Destroy other planets that fail in their show (all formerly).

The Cromulons are the main antagonists of the Rick & Morty episode "Get Schwifty", alongside General Nathan. The Cromulons are an alien species of planet-sized beings shaped as giant human heads, and are native to the Cygnus-5 expanse.

They were voiced by one of the series creators Dan Harmon.

At some point in time, the Cromulons became a highly advanced species and began their own show known as Planet Music. They would then select and transport planets to their dimension where there would only be one winner and all other contestants that failed or forfeited are destroyed by their planet-sized plasma ray gun. One of the reasons they do this, according to Rick Sanchez, is that they "feed on the talent and showmanship of less-evolved lifeforms". Another reason could just be because they do it simply for entertainment. They continue this dangerous cycle until they encounter and pick Earth where they succeed thanks to Rick Sanchez and Morty Smith. After this, because the Cromulons mention that they had run 988 consecutive seasons of the show, and that upon Earth's performance, they have decided to bring their musical reality show to its conclusion.

The Cromulons make their first appearance in the episode when one of them appears over the Earth, interfering with Earth's gravity and causing several global disasters in the process. When the head exclaims, "SHOW ME WHAT YOU GOT," Rick and Morty then go to The Pentagon to inform the President of the United States that the giant floating head is a member of an alien species called Cromulons, and it wants a live performance of a catchy new song.

Unfortunately, an earthquake hit the Grammy Awards presentation, killing all of Earth's most famous musicians (including but not limited to Pharrell, Randy Newman, Billy Corgan, and The-Dream) with the exception of Ice-T who survived the earthquake. In desperation, Rick and Morty compose and perform the song "Get Schwifty". The Cromulon is pleased and teleports the entire Earth to an intergalactic musical competition, viewed by more Cromulons, where the losers' planets are obliterated. Rick then tells the President that any astronauts they had in orbit at the time are dead.

Rick and Morty team up with Ice-T to compose a new song, but Morty panics and steals Rick's portal device to save his family. Ice-T reveals himself to be a jaded alien and leaves Rick alone. Jerry, Beth, Summer and Ethan get involved with a religious cult whose beliefs are based on their interpretation of the actions of the Cromulons. Morty gets lost and traverses several portal openings, eventually stumbling onto Bird Person's world. Bird Person encourages Morty to have faith in Rick and sends him back to Earth.

The Cromulons disqualify Earth, but Ice-T returns and saves the planet from annihilation. Rick and Morty, back together again, perform a new hit song, satisfy the Cromulons, and win the contest. The cult then disbands after realizing it was just a musical reality show. It is unknown what happened to the Cromulons afterwards or their current whereabouts but are likely still in their home dimension. 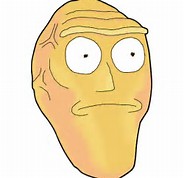 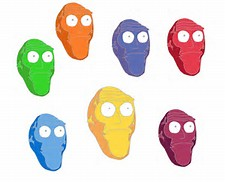 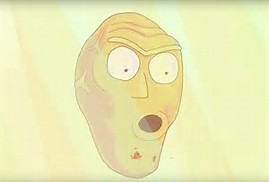 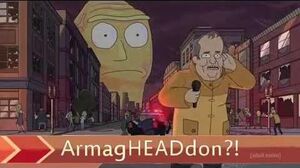 Rick and Morty - Show Me What You Got 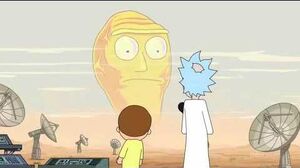 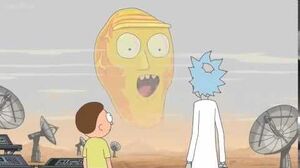 Retrieved from "https://villains.fandom.com/wiki/Cromulons?oldid=3437814"
Community content is available under CC-BY-SA unless otherwise noted.