The Crooked Santas are a group of con men in Santa Claus outfits and a villainous group in the 1996 American Christmas family comedy movie Jingle All The Way. They run a warehouse where counterfeit toys are made and sold for much more than they are worth.

Mr. Howard Langston encounters them during his desperate search for a Turbo Man doll. One of the Santas whom Howard first met from the Mall of America earlier tries to sell him a doll for $300, but it turns out to be a poor facsimille, as it speaks in Spanish and is not even put together. Since they refused to give Howard his money back by teling him all sales are final, Howard insults them all telling them that they are nothing but sleazy con men in red suits. He then fires the obnoxious mall santa's fake beard into his face, sending him flying. Then an all-out brawl ensues with the crooked Santas including the giant, muscular Santa Claus man, and when the police arrive, Howard uses a toy badge to pose as an undercover cop to avoid trouble with them, while the Santas are taken to prison. 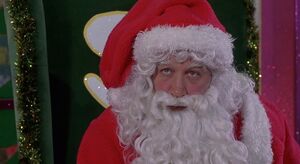 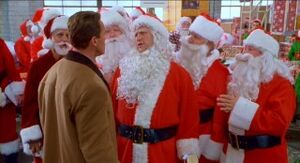 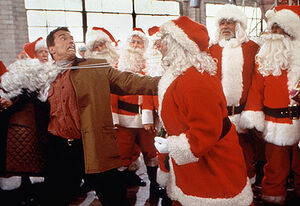 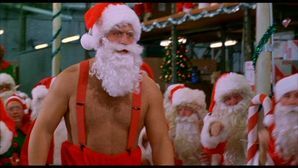 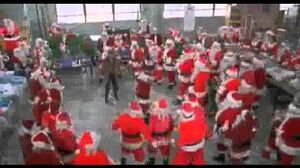 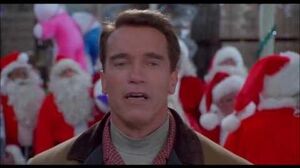 Retrieved from "https://villains.fandom.com/wiki/Crooked_Santas?oldid=3535028"
Community content is available under CC-BY-SA unless otherwise noted.