Control over the elements (formerly)
Driving
Firing projectiles with his mechanical arm.

Spending time with his friends.

Aid the Crash Bandicoot and his friends in saving the world (succeeded).

Crunch Bandicoot is the secondary antagonist (along with the Elementals) in Crash Bandicoot: The Wrath of Cortex. He is one of Dr. Neo Cortex's former henchmen and Crash's best friend.

Crunch was created by Cortex to kill Crash by using the Elementals. Using the Elemental's power, Crunch took on different forms to fight Crash but was eventually defeated each time. After the final battle, Crunch was free from Cortex's mind control and became good, escaping with Crash and thanking him and his allies for saving him.

Crunch was captured along with Coco and Fake Crash by Dr. Nefarious Tropy and brainwashed by N. Trance to help the pair achieve world domination. Crunch was outfitted with a shield, gun and jetpack before facing off against Crash in an aerial battle. Crash managed to defeat Crunch and free him from mind control once again. Crunch would then aid Crash in foiling the villain's plans.

Crunch became one of the unfortunate victims of the NV entertainment devices. Transforming him into a monstrous version of himself under the control of Dr. Neo Cortex and Dr. Nitrus Brio. When Crash and Aku Aku confronted N. Brio at the junkyard, the doctor orders Crunch to destroy them. But the heroes take control of Crunch and make him attack N. Brio instead. After N. Brio's defeat, Crash managed to pull off the NV device from Crunch's head which reverted him back to normal and restored his free will again.

Evil Crunch reappears as a skin for Crunch and is based off his design from Crash: Mind Over Mutant. The skin can be unlocked during the Spyro N. Friends Grand Prix by earning Nitro Points. 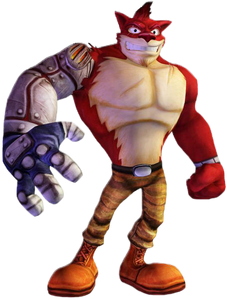 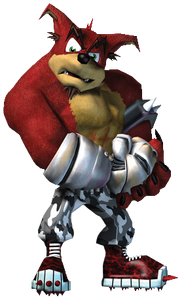 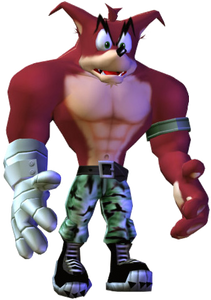 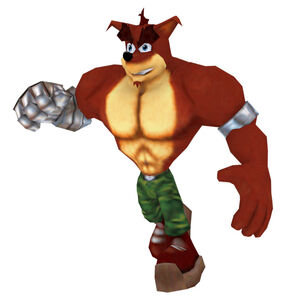 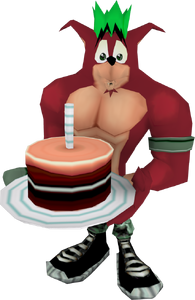 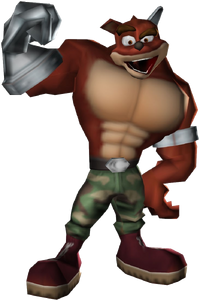 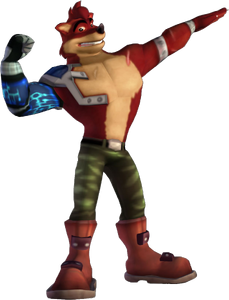 Crunch in Crash of the Titans.

Crunch in Crash Mind Over Mutant. 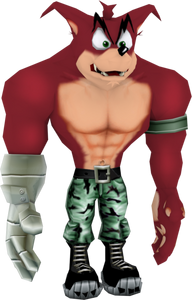 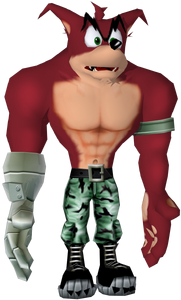 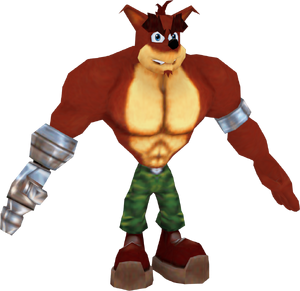 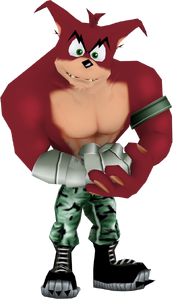 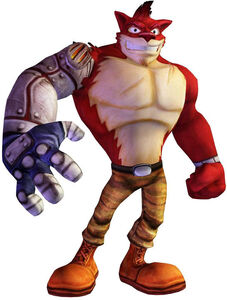 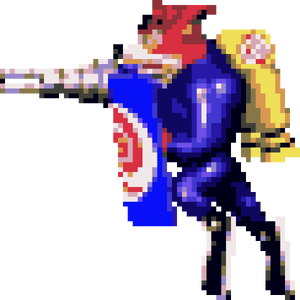 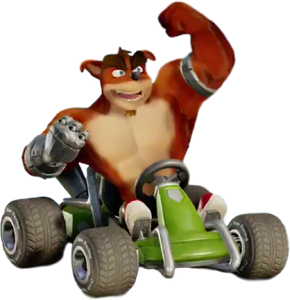 Retrieved from "https://villains.fandom.com/wiki/Crunch_Bandicoot?oldid=4059429"
Community content is available under CC-BY-SA unless otherwise noted.