One of the Royal Knights

To collect all the data from the Digital World to revive Lucemon (succeeded for a while).

Crusadermon (a.k.a. LordKnightmon) is a Mega Class Digimon that looks like a knight wearing pink armor. It carries a golden shield and golden ribbons on its body.

In their first clash with the Legendary Warriors, Crusadermon/LoadKnightmon easily overpowered MagnaGarurumon. The two would fight numerous times as the Legendary Warriors tried to stop the Royal Knights from stealing the data of the Digital World. On a rare occasions, he/she employed several SkullSatamon.

When Lucemon was finally reborn and the Legendary Warriors were forced to retreat to the Ophanimoon (one of the Digital World's three moons), Crusadermon/LoadKnightmon pleaded for Lucemon to give them the key to the human world, a request which Lucemon denied.

When Lucemon sent the Knights to finally take care of the human children, Crusadermon/LoadKnightmon was blasted by MagnaGarurumon at close range, and his/her Fractal Code exposed. In the end, Lucemon betrayed the two knights and absorbed their data in order to digivolve into Lucemon Chaos Mode. 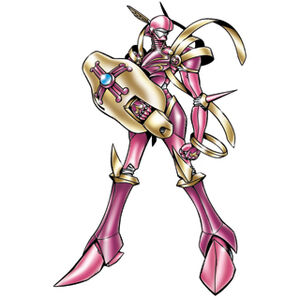 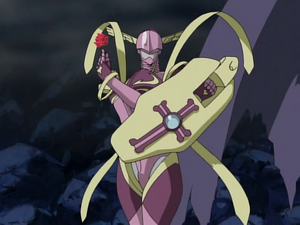 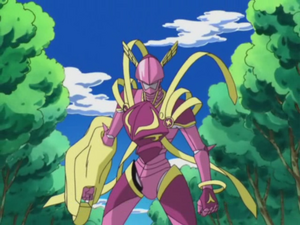 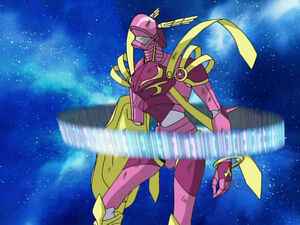 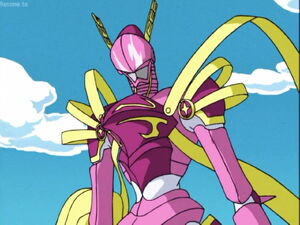 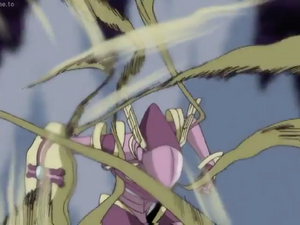 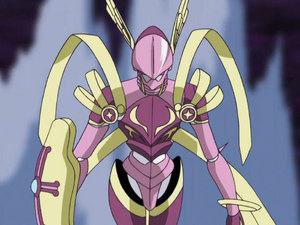 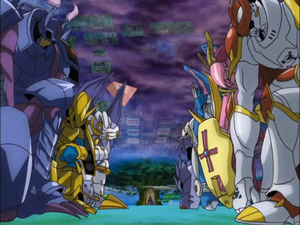 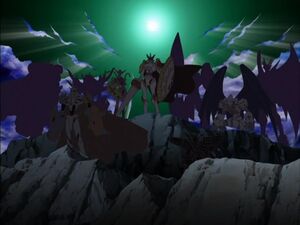