Skilled use of his massive club

Getting abused by Ripto.

Crushing anything that gets in his way.

Crush is a minor antagonist in the Spyro series. He is a simple-minded reptilian monster who serves as one of Ripto's two minions, alongside Gulp. He mainly acts as the evil sorcerer's muscle.

He is voiced by Gregg Berger, who also played the voices of both Gulp and their master Ripto, but also the voices Mysterio and Kraven the Hunter in Spider-Man: The Animated Series and The Pain in Metal Gear Solid 3.

Crush was a large dimwitted dinosaur-like monster with tiny bat-like wings that came to serve Ripto and was transported to Avalar along with him and Gulp by the Professor's experimental super portal, where the monster aided in the Riptoc sorcerer's goal of taking control of Avalar. Later, Crush, Gulp, and Ripto confronted Spyro, Elora, Hunter, Zoe, and the Professor after they brought the dragon to Avalar to help them fight the sorcerer. After the fairy Zoe zapped Ripto, he ordered Crush to kill her. However, Crush accidentally hit his master instead, causing his Sceptre to fall into Gulp's mouth, making him swallow it.

Spyro: Season of Flame and Spyro: Enter the Dragonfly

Crush managed to survive the encounter where he spends with Professor who teach him to add numbers, then rejoined Ripto in his attacks on the Dragon Realms where the sorcerer stole the dragons' dragonflies, but he was defeated along with Gulp and his master.

Crush is extremely strong and durable, since the only thing that can hurt him are a bunch of large rocks falling onto him. He can strike his club so hard on the ground, it rains debris down from the ceiling. During the battle in the dungeon, around the arena are colored circles. Crush could stand on these circles to generate a shield around himself and stomp to fire different energy blasts depending on what color the circle was. The blue ones would generate a sweeping blue shockwave and the red ones would generate a harder to dodge fireball like one. He does have a small pair of bat-like wings on his back, but it is unlikely that he can use them since they are so small and he is so large. 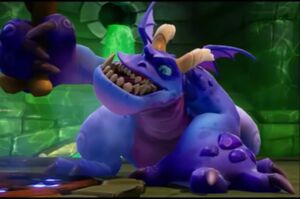 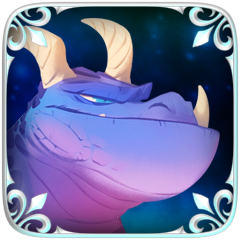 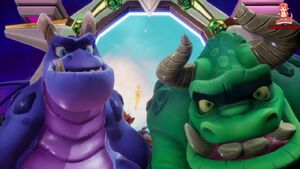 Retrieved from "https://villains.fandom.com/wiki/Crush?oldid=4342820"
Community content is available under CC-BY-SA unless otherwise noted.