Crustacion is crab worm-like Decepticon bank robber in Transformers: Robots in Disguise. He shares a body-type with Ped but with a different color scheme and head design.

Crustacion broke into the Treasury Building and stealing a fortune in Shanix coins. He went to Earth to hide them, but he was he caught by Windblade in stored in a cache in Antarctica. Some time later, the ice thawed and was freed from his stasis pod and he started to search for the Shanix.

He spotted a nearby human base and spent most of his time searching through it, but the Bee Team managed find him. Crustacion fought off them off, and find some Windblade's cache. He used his optic blasters to drill into it, however it only contained energon cubes and a grenade. The Autobots caught up with him, causing them to chase him through an ice tunnel into a dead end, at that point he blasted the tunnel down on them. Eventually his search led him to the sea floor and started to drill, only to be interrupted by Bumblebee, Drift and Grimlock, he beat Bumblebee and Drift easy, but Grimlock defeated him soundly. The Autobots later took him back to the scrapyard.

However, his Shanix was eventually discovered by humans and brought to the Crown City Natural History Museum. Fortunately, it was recovered by the Autobots while Slipstream and Jetstorm were pretending to help Shadow Raker. Crustacion's stasis pod was later brought back to Cybertron aboard Prime Force One by Optimus Prime and Drift. 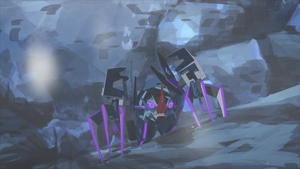 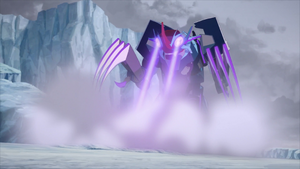 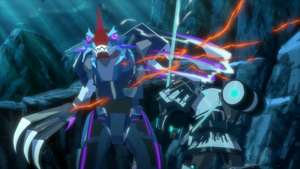 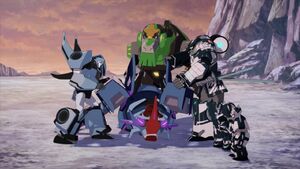 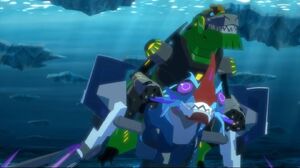