Robotic Minion
Crystal Man is one of the eight Robot Masters and a minor antagonist of Mega Man 5. He was created by the Dr. Wily to defeat Mega Man.

Crystal Man is an cyan robot who had crystal balls on his forehead, elbows, wrists, torso, and knees. He also has a red stripe around his waist, and his hands and feet are white.

In battle, Crystal Man will jump repeatedly and can summon four crystal that will bounce off the stage, he can shoot an energy shoot, his weakness is the Gyro attack, when he's defeated, Mega Man gain the Crystal eye. Crystal Man return in the boss rush where he's defeated again.

Crystal Man is one of the four bosses in Mega Man IV who are fought in the Wily station, his moves are the same. His weakness is the charge kick.

Crystal Man appears in the Mega Man cartoon in the episode "The Mega Man in the Moon". 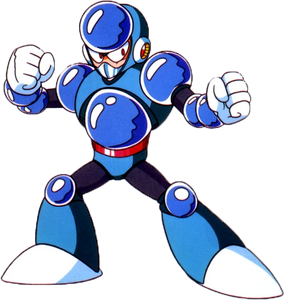 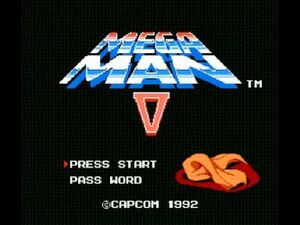