Kill more people before to try and ease his pain (failed).

Cujo is the titular main antagonist of Stephen King's 1981 novel and its 1983 film adaptation of the same name and a minor antagonist in the 1985 film Cat's Eye. He was once a friendly and playful companion, but when he got rabies, he went insane and was turned into a vicious killer that attacked anybody who came near him.

He was portrayed by Moe and his vocal sound effects were provided by Frank Welker.

Cujo was once the beloved St. Bernard of the Camber family, but was bitten by a rabid bat in the nose when his head got stuck in a bat cave while chasing a rabbit (which was shown at the beginning of the movie).

Cujo then went mad with rabies and killed any person he came across including one of his own owners, conducting a murderous reign of terror on Castle Rock.

In the end of both the book and movie, Cujo was seemingly killed by Tad Trenton's mother named Donna (who also tried to save her son from dying of heatstroke), by being shot by the sheriff's gun. In the novel, he was killed after being hit by a baseball bat.

Along with Christine, he makes a cameo appearance in the 1985 film Cat's Eye, where he chases the titular cat known as General. This might hint that Cujo was back to his old, friendly self (or alternatively that the movie tokk place before the events of Cujo).

Cujo is given some more insight in the novel while the film portrays him as merely a dog gone mad due to rabies. It is said in both versions that Cujo was a friendly dog that loved to play with the local children. After being bitten by a bat and unknowingly infected by the virus, he was afraid his master would be mad and think that he was a bad dog showing how much he thought of his owners and their opinions. When infected, Cujo starts to slowly lose his mind to where he could no longer recognize even his owners (the young Brett Camber) as human seeing them akin to actual monsters barely recognizing his voice and fights off the urge to kill the boy by leaving.

Based on Cujo's perspective, he seemingly only identifies them through small descriptions in all caps like: "THE BOY" and "THE MAN" when thinking of them. As the book progresses, we see that he does not kill for pleasure but due to some of their loud noises and other habits which intensifies his pain thus making him lose what little restraint he manages to retain. Cujo wants to be left alone after being infected to the point he is willing to kill those around him if needed. As his mind continues to deteriorate, Cujo becomes more violent and insane from the pain and starts to believe it is the people around him causing him to be sick. It should be noted that Cujo is not a creature with malicious intent. In fact, the book's ending makes it clear that Cujo himself only ever wanted to be a good dog who after his infection it drove him insane and was no longer in full control of his actions. This makes Cujo one of the most tragic Stephen King villains if not the most tragic. 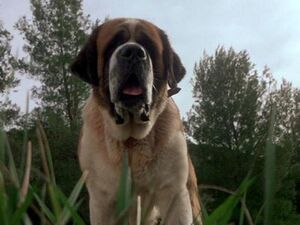 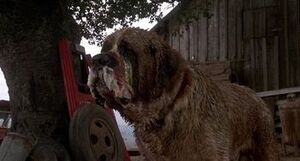 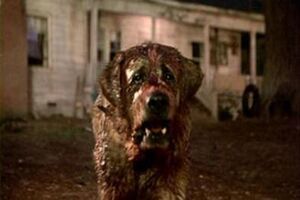 A bloodied and crazed Cujo.

Cujo chasing General.
Add a photo to this gallery 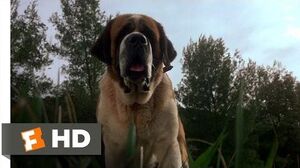 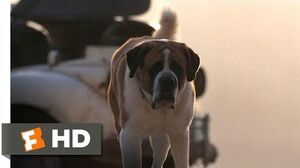 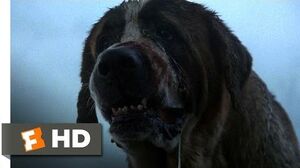 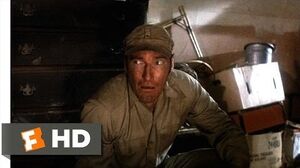 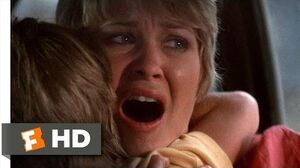 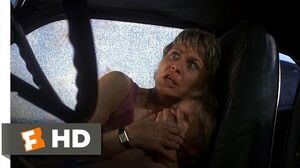 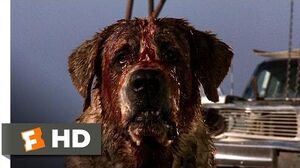 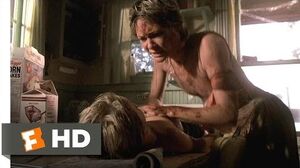 Retrieved from "https://villains.fandom.com/wiki/Cujo?oldid=4018826"
Community content is available under CC-BY-SA unless otherwise noted.