Prepare for the coming of Gozer and aid their dark god in both destroying and remaking the Earth.

The Cult of Gozer, also known as the Gozer Worshippers (as Peter Venkmen jokingly guessed and answered), also sometimes known as the "Gozerian Society", the "Gozer Cult", the "Gozerian Cult" and the "Gozerians", is a powerful and religious organization of men and women dedicated to the worship of Gozer, the ancient Sumerian god which they believed was to return to one day destroy and remake the world. The Cult was mentioned in the first Ghostbusters movie and become a major threat in Ghostbusters: The Video Game. Despite its power, the cult itself is but a tool for its unscrupulous leader Ivo Shandor.

The original Gozer Worshippers, known as the "Gozerians" first appeared in Mesopotamia around 6000 B.C. By the 4th millennium B.C., and they were large Sumerian subculture and was engaged in a long, protracted "holy" war with worshippers of another pagan deity Tiamat. Eventually Gozer's followers were dissolved upon defeated by their mortal foes and Tiamat banished Gozer to another dimension.

Though Gozer fell into relative obscurity and yet not forgotten over the subsequent millennia, it was that in the year 1920, a new cult of Gozer worshipers was founded by Ivo Shandor, an insane genius who, during his lifetime and because of his fascination with the occult, made all the preparations needed for his god to come. The members of the cult included close to a thousand followers, whose "priesthood" included a many very wealthy and powerful people in New York. One of those hazy preparations for Gozer constructing a portal which would eventually bring forth the Destructer, and four "sacred" places chosen to contain a Mandala to channel the spirit force, powering their god's Destructor form. The cult studied the ghosts very carefully, and had many knowledges which surpassed their time.

In 1984, during the time of the Gozer's coming, all the cult members were already dead. However, their spirits were still active on Earth, thanks to the Black Slime, a powerful substance they created from a captured Sloar. The Black Slime boosted the powers of their spirits, allowing them to operate the Mandalas and patiently wait until their god will bring new, post-Gozerian era to the Earth.

However, the mighty Gozer was defeated by the Ghostbusters, ruining the Cult's plan for a new world. The now-undead Cult planned a second coming of Gozer, which succeeded in the year 1991. However, the god was banished and defeated by the Ghostbusters. This lead Ivo Shandor to reconsider his dream, activating the four Mandalas and channeling the spirit force to the Cult's secret holy ground, the Cemetery in Central Park. Disappointed in his God, Ivo Shandor planned to power himself with the amassed spirit energy as well as the blood sacrifice of his living descendant Dr. Ilyssa Sewelyn, intended for Gozer and become a mighty Destructor himself. However, he was stopped by the Ghostbusters. This was finally the end of the dark legacy of the Gozer Worshippers as well as of Ivo Shandor and of Gozer.

The Cult of Gozer once consisted of many prominent people of wealth and power. However, the Cult reached its true form when all of them died, re-emerging as evil ghosts. The majority of the immortal Gozerian Cultists' powers were boosted by the Black Slime, which is the source of most of their power. However, some of them is enough powerful on their own. 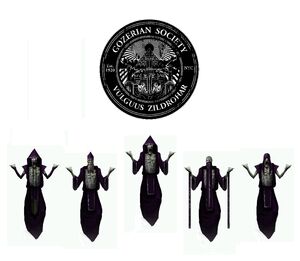 The Gozerian Society (Cult of Gozer). 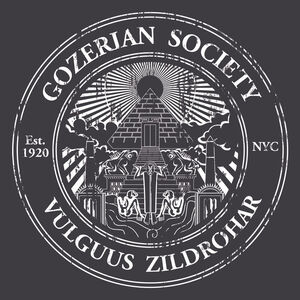 The official public seal of the Gozerian Society aka Gozer Worshippers. 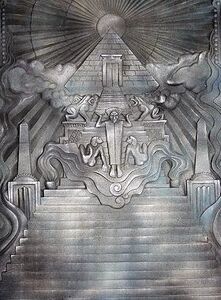 This mysterious stone tablet with the depiction of Gozer serves as the religious iconography of the "Gozer Worshippers". 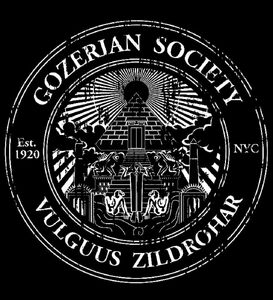 The seal of the Gozerian Society seen from a T-shirt.

An artwork of the Cult of Gozer. 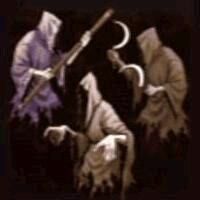 The ghosts of the Gozerian Cultists themselves as seen in the Stylized Version of Ghostbusters: The Video Game. 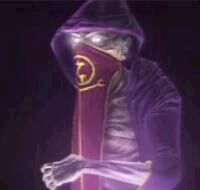 One of the ghosts of the Cult of Gozer as seen in the Realistic Version of Ghostbusters: The Video Game. 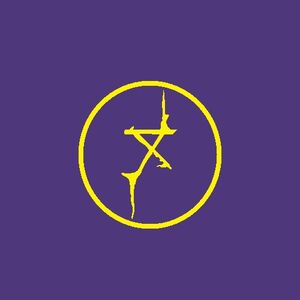 The iconic religious symbol of the Gozer Worshippers (Cult of Gozer).

"For the best solution is Death." 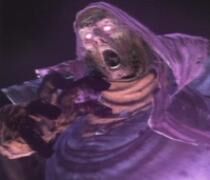 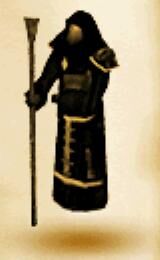 A concept art of one of the Gozerians (Gozerian Cultists) in Ghostbusters: The Video Game. 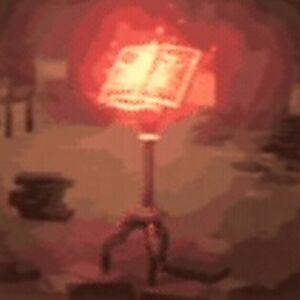 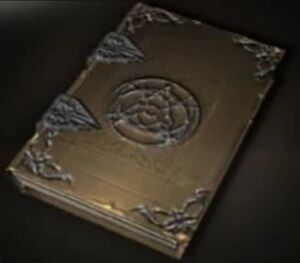 The Church of Gozer Songbook
Add a photo to this gallery

Retrieved from "https://villains.fandom.com/wiki/Cult_of_Gozer?oldid=3913596"
Community content is available under CC-BY-SA unless otherwise noted.