Cult of the Bloody Tongue

Cult assassins and warriors made up of Nandi people (primarily)

Abduct suitable men and women for sacrifice to Nyarlathotep.

Behead any who dared cross the Cult's path.
Worship and please Nyarlathotep.

The Cult of the Bloody Tongue is an ancient African cult in the East African country of Kenya devoted to one of the Outer Gods known as Nyarlathotep, they first appeared in the "Masks of Nylarlahotep" campaign RPG game series and they are one of the antagonistic groups featured in the Cthulhu Mythos by the late legendary author H.P. Lovecraft. The group has branches in other parts of the world, but the original sect is by far the most powerful.

The Cult of the Bloody Tongue is a fanatical group of people who reveres The Bloody Tongue avatar of Nyarlathotep. The central cult is based in Kenya though offshoot branches may exist in other African countries. The cult has always had a sizeable following among the Nandi people of Western Kenya.

Membership is usually confined to African natives though foreign members of other Nyarlathotep cults may participate in that group. The cult is particularly detested by with the Masai and Kikuyu people.

The worshippers of the Bloody Tongue hold there most important rituals at the Mountain of the Black Wind, situated in the Aberdare Range. Every 5 years, a great ceremony is held at the Mountain during which the Bloody Tongue appears and sends out great storms which ravage the nearby lands. After the coming of the Outer God, the worshippers celebrate with frantic orgistic rituals.

Cult assassins and warriors wear a stripe of red cloth on their headdress to represent the single tendril of their god. Murders and ceremonial sacrifices are preformed using a Pranga or bush knife. The high priestess of the cult is chosen at the age of 14 and taken to the Mountain of the Black Wind where she is taught the ways of magic by the inhuman servants of Nyarlathotep. As of 1928, the cult was lead by the high priestess named M'Weru.

Most of the British Colonists deny the cult's existence all though some Kenyans in Nairobi have heard and tell of it. The Cult of the Bloody Tongue is talked about in depths in Nigel Blackwell's Africa's Dark Sects (in the Masks of Nylarlahotep game). The late African explorer gives an acount of a cult ritual he witnessed while hiding in a tree. 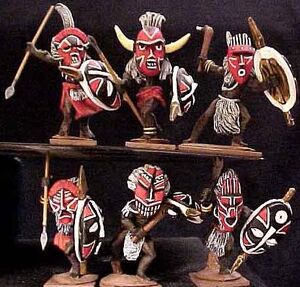 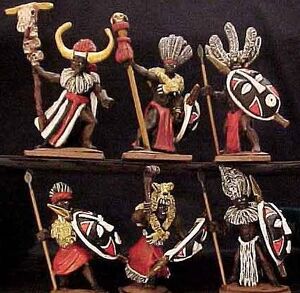 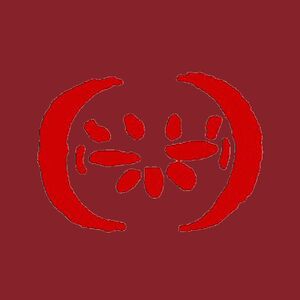 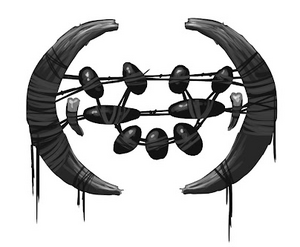 Symbol made by natives. 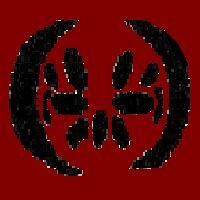 The Mark of the Bloody Tongue

Retrieved from "https://villains.fandom.com/wiki/Cult_of_the_Bloody_Tongue?oldid=3526340"
Community content is available under CC-BY-SA unless otherwise noted.