Cult of the Cat

The New Batman Adventures: Cult of the Cat

Steal and leaves no traces of their crimes.
Kill Batman and Catwoman to keep their existence in the dark.

The Cult of the Cat is a modern day, fanatical cult of cat-worshipping people and the titular main antagonistic faction of the episode "Cult of the Cat" of The New Batman Adventures.

The Cult of the Cat, based in present day Gotham City, draws its history from ancient Egypt when people worshipped and revered cats as sacred and performed the ancient rite of theft. The modern cult's founder and leader, Thomas Blake, has a known psychotic streak. During the initiation of a new member, blood of an innocent victim is used to sanctify their statue. To bankroll the Cult, Blake amassed a fortune in stolen jewels and objects and is independantly wealthy. The Cult also had cutting edge genecisists work on gene splicing cats into beasts.

Catwoman antagonized the Cult by stealing from them. The Cult pursued Catwoman for months until she decided to try and join the Cult in order to steal the rest of Blake's cache. However, Batman arrived to save Catwoman but to avoid being caught, Catwoman knocked him out. Catwoman and Batman were able to lead one of the experiments to escape and attack Cult members. The Gotham City Police Department arrived and arrested Blake and several members of the cult. Meanwhile, Catwoman managed to escape with most of Blake's riches. 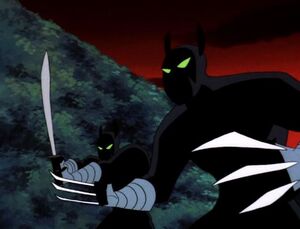 These ninja-like warriors with clawed gauntlets and swords are members of the Cult of the Cat. 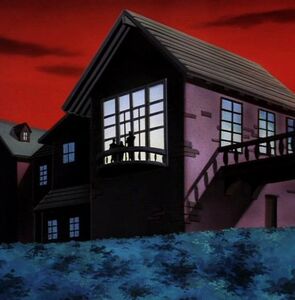 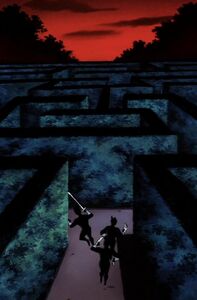 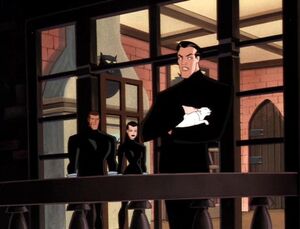 Retrieved from "https://villains.fandom.com/wiki/Cult_of_the_Cat?oldid=3809749"
Community content is available under CC-BY-SA unless otherwise noted.