Kill his creator, who he believes to be Al Simmons (failed).

Michael Konieczni also known as Cy-Gor, is a recurring antagonist in the Spawn comics.

He was Al Simmons' friend and squadmate. When he discovered the truth about Al's murder, he attempted to blow the whistle on Jason Wynn. However, he was stopped and subjected to project Sim, the Simian experiments of Frederick Willheim and became the beast known as Cy-Gor, short of Cybernetic Gorilla

Michael Konieczni was Al Simmons's friend back when he was working under Jason Wynn. He tried to tell the truth about his death but Wynn turned him into the Cyber gorilla Cy-Gor by transferring his mind into an ape and later implanted with Cybernetics. Since then Cy-Gor has been fighting Spawn as a recurring villain.

After freeing himself, Cy-Gor goes to New York City, seeking to kill Al Simmons, believing he was his creator. He was able to tracked down Spawn, but was defeated by Spawn and knocked down. Spawn checks Cy-Gor's cybernetics, but was called away to save Cyan, who was kidnapped. Cy-Gor was then sent to the military and transported to Norris town Containment Facility.

Recently he returns as one of Spawn's allies brainwashed to look for Wanda's killer alongside Overt-Kill, The Curse, and The Freak .

He is also appears as a playable character and a boss character in the 2000 Dreamcast videogame Spawn: In The Demon's Hand.

Cy-Gor appears in the Spawn video game Spawn Armageddon as a boss.

Cy-Gor also appears as a major antagonist in The Adventures of Spawn. 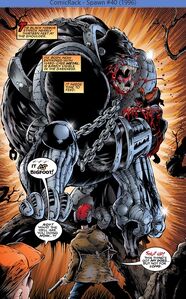 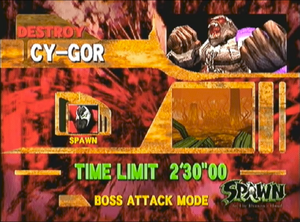 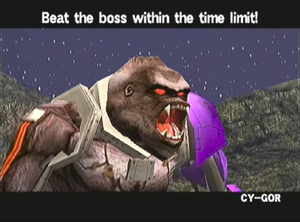 Gy-Gor's appearance in the videogame.

Cy-Gor in The Adventures of Spawn along with the other villains. 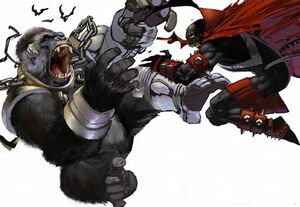 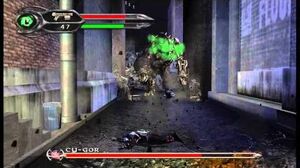 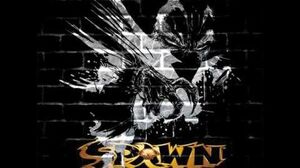