The Cybertronian Empire, also known as the Decepticons or Second Generation Transformers, is a faction that appears in Transformers: Generation 2, serving as the main antagonists of the comic.

The are descended from the Decepticons who remained on Cybertron after the Ark left, having been created through the reproduction process of "budding", causing them to not have any emotional attachment to Cybertron or Primus.

The Cybertronians would later leave Cybertron and begin cyberforming other planets.

The Cybertronians were created some point after Optimus Prime and Megatron, as well as their respective forces left Cybertron. Seeing that Cybertron was in ruins and feeling no attachment to the planet, the Cybertronians left and began cyberforming other planets and adding them to their empire

However, the Autobots soon took notice of the new cyberformed planets and started to investigate. Eventually, a crew led by Optimus was captured by the Cybertronian battalion in the K-Tor Cluster and brought aboard their flagship, Twilight. Optimus and Grimlock were brought before Jhiaxus, who explained the origins of the Cybertronians and attempted to sway the two over to his side. However, the Autobots managed to take back their ship and escape.

However, Jhiaxus had monitered their escape so they could trace them back to their base. Noticing this, Optimus and his crew flew into the K'Tord Nebula hoping to sway the Cybertronians off their trail, but to no avail. However, both the Transformers factions were soon attacked by the Shadow parasites, who made them become more aggressive and caused them to start fighting each other. Luckily, Optimus came to his senses and formed a temporary truce with Jhiaxus to help cure both their troops. Afterwards, Jhiaxus let Optimus and his crew leave unfollowed.

After a six-man Decepticon team was killed by the Cybertronian Empire, Megatron and the other Decepticons launched a massive attack on the Cybertronians as revenge. The battle went extremely poorly for the Decepticons, who were brutally defeated and forced to fall back.

The Jhiaxus later had his Cybertronians invad the planet Ethos, hoping to draw out Optimus Prime. The plan succeeded in luring the Autobots out, however they were also joined by the Decepticons, who had reconsidered the Autobots' offer of a truce.

One of the battalions came under attack by the Swarm, who absorbed the ships computers and took on Jhiaxus's order as their goal.

Meanwhile, another group of Cybertronians went along with Starscream to attack the Decepticon warship, Warworld. However, Starscream betrayed the Cybertronians, stealing the Matrix and using it to fuse himself with the Warworld. As Jhiaxus left to go deal with the matter, Rook radioed their master to report what was happening.

The Cybertronians attempted to destroy the Warworld, but their continued assaults only resulted in the deaths of their own troops. As the Swarm approached, Optimus radioed Jhiaxus with the request of a temporary alliance to fight the Swarm. However, Jhiaxus refused, believing it all to be a trick by the Autobots. Seeing that the Swarm posed a greater threat than the Autobots, the remaining Twilight crew members fled to the escape pods. Jhiaxus stayed, however, to confront Optimus Prime, resulting in the tyrant being devoured by Swarm.

The rest of the Cybertronians retreated to the Hub. Rook informed the Liege Maximo that seventeen of their battalions had been wiped out and that Jhiaxus was most likely deceased. However, the Liege Maximo did not view the Autobot-Decepticon Alliance as a serious threat, stating that the battalions destroyed seeing as only a fraction of his army and that the day of reckoning would come.

In the unofficial novel Alignment, over several centuries, the Cybertronian faction avoided contact with the other factions, and were essentially forgotten. They evolved into a more liquid kind of Transformer, becoming capable of altering their appearance at will. When they eventually battled the Autobots and Decepticons, they were initially unrecognisable. After the factions discovered the Hub, the Liege Maximo, planning to ascend to godhood, sent millions of Cybertronian soldiers to attack the Autobots on Cybertron and the Decepticons on Pyrovar. Both the Autobots and the Decepticons had luck on their side, which gave them a victory they knew temporary, so each faction set out to fight back at the Hub.

Meanwhile, the Liege Maximo began the final part of the preparations he needed done before the moment he'd have access to godhood. Upon his call, all of the Cybertronians at the Hub gathered around his throne to return their sparks to their ancestor. The Autobots and Decepticons attacked soon after though, and the Liege Maximo was forced to revive some troops to help deal with the threat. In the end, they lost and the Liege Maximo was destroyed.

According to the Facebook page Ask Vector Prime, in one timeline, the Cybertronian Empire attacked and cyberformed the world of Planet X (from Transformers Cybertron). After Liege Maximo's defeat, the remnants of the Empire, led by Liege Firecrest, moved to Planet X, turning it into their homeworld. Hunted by their old enemy, the Veteran (the Dinobot Swoop), the Empire fled to another reality. Arriving in a small pocket universe, the Empire began to conquer it, before the inhabitants destroyed themselves rather than become slaves. Trapped in a dying reality, Planet X travelled to the Unicron Trilogy cartoon universe, where they fought a war with Cybertronian colony world Gigantion, which led to their inevitable destruction.

Regeneration One does not include the events of Generation 2. 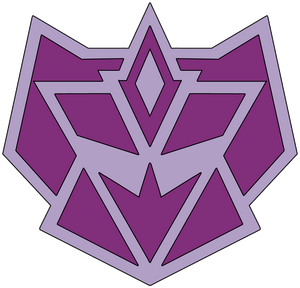 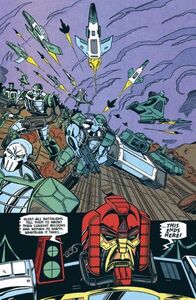