Cyborg 0010 Plus and Minus are a sibling duo of cyborg assassins sent after the first nine 00 cyborgs by Black Ghost. They are antagonists in Cyborg 009.

0010 Minus was dispatched by Black Ghost to eliminate the 00 cyborgs shortly after they escaped. Cyborgs 002 through 009 fight him are brutally beaten by his superior abilities.

003 attempts to convince him to join the side of good, but to no avail. After 009 is severely weakened by Minus, the other cyborgs retreat.

Minus later fights 00 cyborgs again, and is defeated when they use their teamwork to coordinate attacks against him. However, his brother, 0010 Plus, appears and ambushes the 00 cyborgs. Thee twins combine their abilities to create a devastating electrical attack. However, the duo detects that 009 was not in the area of impact, having been teleported out of the way by 001. They eventually track him down to a power plant.

With the help of 001, 009 manages to use Plus and Minus's electric polarity against them, causing them to make contact and short-circuit. However, 009 sadly realizes that although they were brothers, their electrical powers prevented them from touching each other; only in death were they allowed to do so. 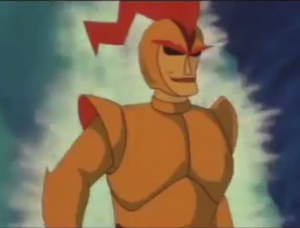 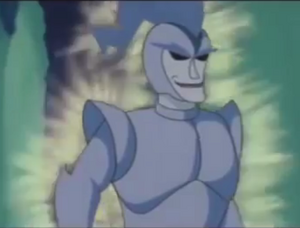 Retrieved from "https://villains.fandom.com/wiki/Cyborg_0010?oldid=3535079"
Community content is available under CC-BY-SA unless otherwise noted.