Reigning terror over the galaxy.

Obtain the M'Kraan Crystal by any means (succeeded).

D'Ken Neramani is the main antagonist of "The Phoenix Saga" in season 3 of X-Men: The Animated Series, returning in a flashback during the episode "Orphan's End". He is Lilandra and Deathbird's brother as well as the emperor of the Shi'ar, obsessed with gaining ultimate power via the M'Kraan Crystal. He is also Corsair's archenemy.

His voice actor is currently unknown.

Decades before the show's main events, D'Ken abducted Major Christopher Summers and his wife Katherine for experimentation after they were forced to give their two sons, Scott and Alex (a.k.a. Cyclops and Havok respectively), the last parachute in their family plane that was on fire. When the Starjammers came to spring the couple loose, D'Ken killed Katherine right before her husband's eyes. From that point on, Christopher sought revenge against D'Ken for killing his wife and became Corsair, leader of the Starjammers.

After Lilandra steals the M'Kraan Crystal, D'Ken sends his forces (including Erik the Red) after her in hopes of getting it back. When the Starjammers retrieve the crystal themselves, Corsair bargains to give it to him in exchange for half of the Shi'ar Empire's treasures (although he secretly plots to have Cyclops kill him by pretending to offer him as a present for D'Ken's amusement). D'Ken seemingly agrees to Corsair's terms under sacred oath, but then tries to have Corsair killed by the Royal Guard as soon as he gets his hands on the crystal. Just then, the X-Men arrive and save the two Summers, but D'Ken unlocks the crystal's power while threatening to have Gladiator kill Lilandra if the heroes make any false moves. Everyone then gets pulled into the crystal's universe. After an intense battle with the X-Men as well as his former Royal Guard while also causing widespread disasters on Earth, the Phoenix stopped him from destroying the galaxy by containing the crystal's power and then depositing the crystal itself in the sun.

Given that the crystal is said to be indestructable, D'Ken is presumably sealed within it for the rest of eternity. 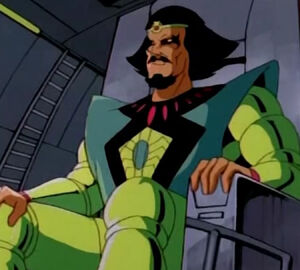 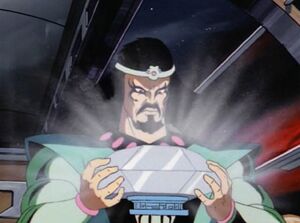