Sell their Destructoids on the black market to make a profit.

Robot Terrorists
DARK is the criminal organization appearing in the 1970's manga Android Kikaider and its tokusatsu and anime adaptations.

It is led by Professor Gill and specializes in the creation of advanced androids and animal-themed robots called Destructoids, which it utilizes to carry out crimes for Professor Gill.

The organization was called "the death merchant" due to its business of selling robots possessing destructive capabilities to countries currently at war. With one country in possession of a powerful robot, the opposing country has no choice but to purchase one as well.

DARK's ultimate goal is to use the money gained from their sales to fund the creation of the powerful android, Giant Devil, which they will use to control the world.

In Professor Gill's strive for world domination, he sought to create an army of robots and superweapons to oppose the world's governments and armies, capturing scientists to do so. DARK's operations range from taking control of lands to producing secret projects. Most who attempted to find out about DARK were either killed or captured.

The first thirteen Destructoids were created with the help of Doctor Komyoji, the creator of the Kikaider brothers, who was unaware of Gill and DARK's true nature at the time.

In all versions of the story, DARK is eventually taken down by Jiro/Kikaider after many battles with the Destructoids and Hakaider.

Later, Gill is revived as Gill-Hakaider and forms the Hakaider Squad along with three DARK scientists whose also had their brains placed in cyborg bodies. 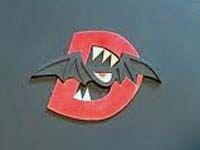 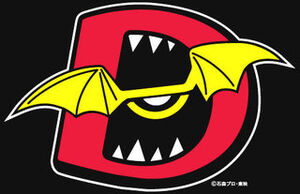