The Fast and the Furious: Tokyo Drift

Beat Sean Boswell in a race or kill him (failed).

Takashi Kamata, also known as Drift King or simply DK, is the main antagonist in Fast and the Furious: Tokyo Drift.

He is the best friend of Morimoto (who also serves as his right hand) and the nephew of the Yakuza mob boss Uncle Kamata.

He was portrayed by Brian Tee, who also played The Shredder in Teenage Mutant Ninja Turtles: Out of the Shadows, Liu Kang in Mortal Kombat: Legacy, and Noburo Mori in The Wolverine.

Takashi first confronts Sean at the drift race garage park where Sean is talking to Neela. In the first race between them he easily beats Sean while Sean totals Han's favorite car, a Nissan Silvia S15. When Takashi's uncle Kamata (who is the mobster boss of the Yakuza, or the Japanese mafia) comes to town he realizes that Han has been skimming money from their business. Takashi confronts Han, punching him and pulling a gun on him, but after Han's friend Twinkie pulls a distraction, Han runs to his RX-7 and drives away, Sean and Neela following him in Sean's Evo. Takashi manages to damage the Evo a little bit, but Han redirects Takashi's rage on him, Takashi even shooting at Han while driving. Han manages to bump Takashi's car, causing Takashi to temporarily spin out; however Han is t-boned right after and supposedly killed by Deckard Shaw. However Han survives and goes into hiding. At the end of Fast and the Furious: Tokyo Drift, he is beaten and humiliated by Sean in their final race, giving Sean the title Drift King. In a deleted scene, Takashi is shown being taken away by Kamata's men after he got out of the wreckage of his Z33. 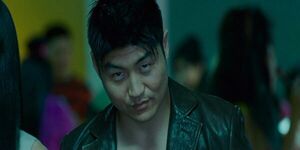 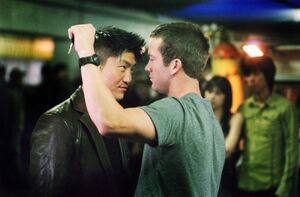 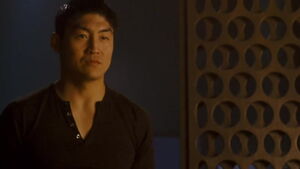 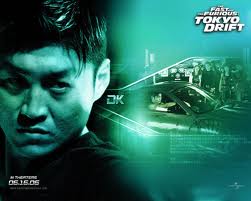 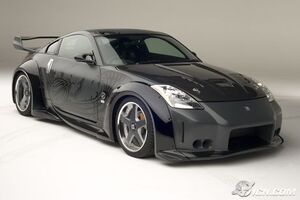